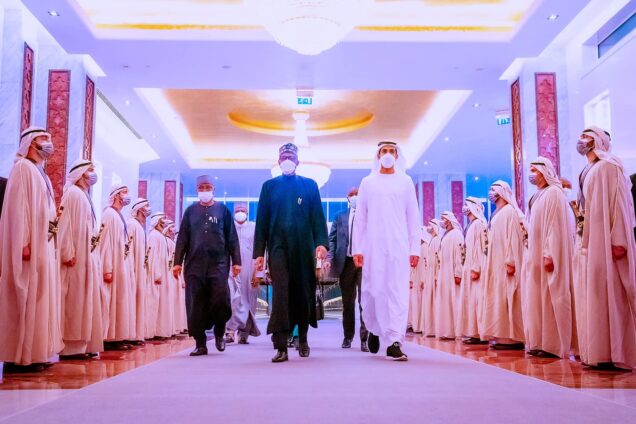 The Nigerian president left Abuja on Thursday to UAE to meet with the new UAE leader.