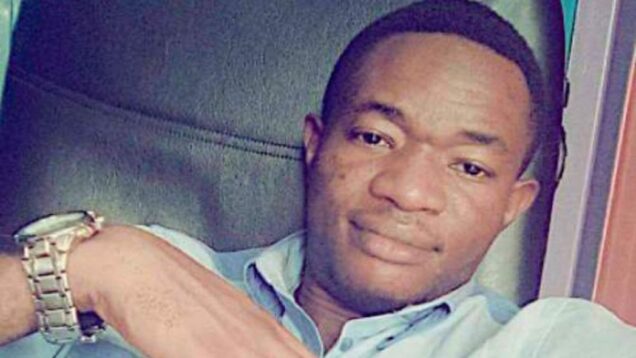 The Lagos State State Police Command on Friday released the names of six people who allegedly burnt to death a sound engineer, David Sunday Umoh in Lekki area of the state.

Commissioner of Police, Abiodun Alabi, while parading the suspects, said those who allegedly carried out the act were five male and a female.

Alabi said on 12th of May, 2022, at about 0630hrs, at Studio 24, Lekki, Lagos, an okada rider by name Dahiru had a quarrel with his passengers, Frank Olatunji and Philip Balogun over the bike fare.

“In the heat of the argument, Frank Olatunji and Philip Balogun invited one David Sunday to mediate, only for Dahiru and his cohorts to violently attack him, killed him and set him ablaze.