Amaechi: I'm ready, capable of solving all problems of Nigeria 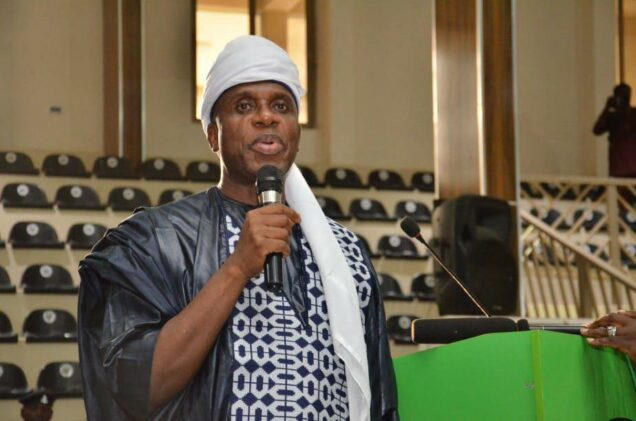 I will fight insecurity to standstill: Amaechi

Former minister of transportation and presidential aspirant on the platform of the All Progressives Congress (APC), Rt Hon. Chibuike Amaechi has stated that he is aware of the challenges of Nigeria, including the problem of insecurity, and that he is capable and ready to solve them.

Amaechi made the statement during his consultative meeting with the Governor and delegates of the APC in Niger State, Thursday.

He noted that he had governed a State that was as bad as what Niger suffers today, and that he is ready to tackle the security problems if elected.

“I know what you’re suffering, I was governor of Rivers State when they were kidnapping two months old children, and I never slept until everybody slept. Gen. Buratai is not here today, he would have told you the story. Buratai, myself the former Inspector General of Police (Suleiman Abba) ask them, we used to chase criminals in the bush.

“I remember one day I was chasing criminals with Gen Sarkin Yaki Bello (then Commander of the Joint Task Force in the Niger Delta), we were running and he stopped and asked me, ‘Your Excellency, are you wearing bullet proof vest?’ I said why are you asking, he said ‘what if they shoot you,’ I said ‘are you wearing one?’ He said no, and I asked ‘what if they shoot you.’

“But in six months, we brought down insecurity in Rivers State,” Amaechi said.

Talking about his contribution to Niger State when he was the Minister of Transportation, Amaechi said, “As Minister for Transport, today, the contract for Baro (Port) awarded, the contract for rail line to go from Baro to Minna also awarded. The Emir told me that the contractor has visited him to say he wants to start work.”

Amaechi further stated that apart from his vast experience, having served and delivered as Speaker, Governor, Minister and Director General of two successful Presidential campaigns, there exist a difference between him and other aspirants, a fact that he is a better experienced politician and a people person.

“Another difference between me and them, is that I am a politician, they’re not. The difference is that I can walk to you and I’ll talk, discuss with you. I can connect easily with the people. I wasn’t born into a rich family. My father was a poor man, the only English my mother knows how to speak is pidgin english. I ate garri three times a day, and I still eat garri three times a day till today, so I know poverty”, he said.

He opined that now is the time for the people of the North and all Nigerians to stand by him, as he did for the country when he supported the emergence of President Buhari, without looking at whether he comes from the North or South.

“Payback,” The delegates chorused in response.

The Niger State Governor, Sani Bello who welcomed Amaechi to the State, asked the delegates if they were satisfied with Amaechi and his submission, and they all responded, “Yes!”

Earlier, Amaechi paid a courtesy visit to the Emir of Minna, Alhaji Umar Farouq Bahago, who expressed satisfaction with Amaechi’s performance as Minister of Transportation, thanking him for the Baro seaport and rail project he brought to Niger State, affirming that the contractor, CCECC had contacted him that they are ready to commence work.

The Emir also stated that Amaechi’s immense experience qualifies him for the job of the President of the country.