Buhari lands in Abuja after two days visit to UAE 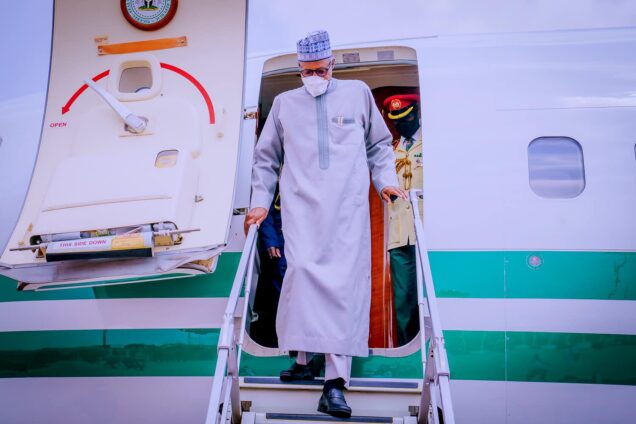 President Muhammadu Buhari on Saturday returned to Abuja from the United Arab Emirates (UAE) after two-day visit to the Emirates to see the new leader.

The president departed Abu Dhabi at about 1:30 pm on Saturday, and landed at the Presidential Wing of the Nnamdi Azikiwe International Airport, Abuja, around 4:00 pm, alongside members of his delegation.

Buhari expressed his condolences and that of Nigeria on the demise of the late President Sheikh Khalifah of UAE and congratulated the new President on his election.