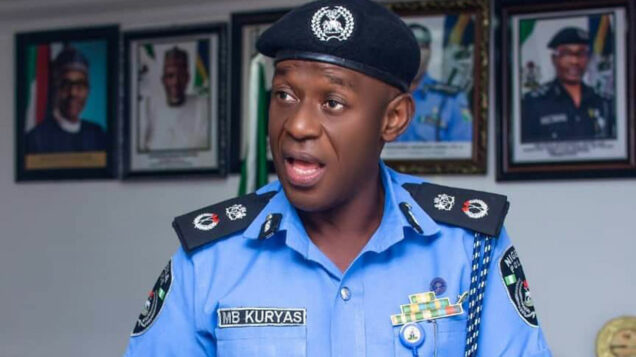 A building materials trader identified as Emmanuel, has been arrested in Lapai Local Government Area of Niger state for conniving with his gateman to kidnap and dismembering a four year boy in connivance with the gateman in his house. the child.

Emmanuel allegedly killed the child and removed his vital organs, including private parts, eyes, ears and heart while his remains were put in a sack for the gateman whose identity is yet unknown, to dispose of it.

It was learnt that the Police mobilised and went to the stream where the gateman was apparently waiting for an opportunity to dump the remains.

The gateman had entered a motorcycle to a stream where he was to dispose of the remains but the motorcyclist discovered blood dripping from the sack which the gateman carried and went to the Police station to report.

The Police said the gateman was arrested and had confessed being sent by his landlord to dump the body.

However, it was learnt that a mob had attempted to lynch the two suspects, but they were prevented by the police

A resident, Maryam Kwambo, said, “we will get to the root of this. we will get justice for the child he killed”

“Just four days ago, we heard information about the missing child and no one could give an account of his whereabouts.”

“We only discovered that Emmanuel had him all this time. This matter should be handled properly. We seek justice,” she said.

The Niger state Police Commissioner, Mr Monday Bala Kuyas, confirmed the arrest of the two suspects to the News Agency of Nigeria (NAN)

According to him, investigation has commenced to determine their culpability.

Kuryas said that justice would be served while warning the public against mob action. (NAN)