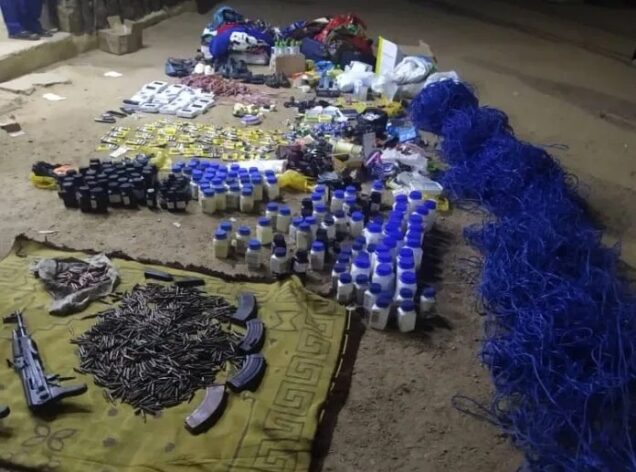 Police spokesperson, DSP Abdullahi Haruna Kiyawa said the vehicle which was coming from Jigawa State was intercepted at Bubbugaje Quarters, Kumbotso LGA of Kano by a crack team set up by the state commissioner of police after intelligence report about it.

“At about 1630hrs of the same date, following a hot chase, the suspects abandoned the Motor Vehicle at Bubbugaje Quarters Kumbotso LGA Kano State. A technical search conducted by the team revealed that the motor vehicle was fully loaded with Improvised Explosive Device materials.