What can Nigeria gain from California’s seven-year rule for entertainment contracts? 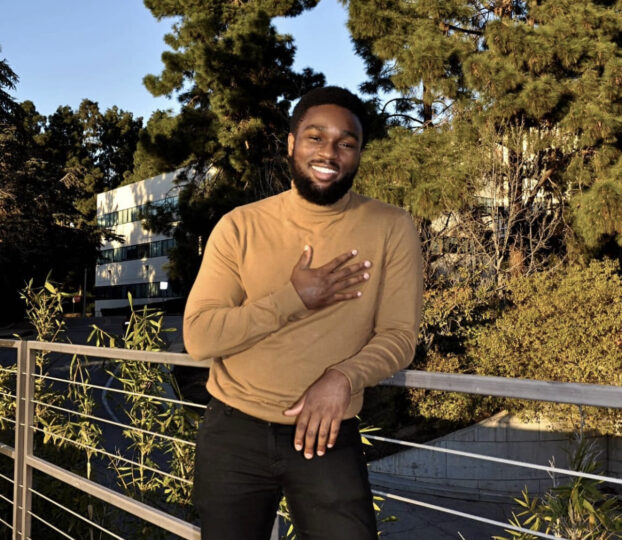 The entertainment sector in Nigeria has become highly prominent. Not only has it begun to garner international acclaim, but it also provides significant contributions to the country’s GDP.

In 2020, the film and music industry was reported to have contributed N730 billion ($1.8 billion).[1] ‘Nollywood’ has become the second most profitable film industry in the world.

Additionally, with the growing popularity of Afrobeats worldwide, the Nigerian music industry is proliferating. And although the sports industry is lagging, there is plenty of room for investment, given how passionate Nigerians are about sporting activities. In fact, Nigeria’s entertainment industry is one of the fastest-growing globally, with the potential to become the country’s largest export.

This economic success relies on the talent: actors, musicians, athletes, directors, writers, cinematographers and the like. Despite their labour being the foundation of an industry that provides so much joy, talent often finds themselves exploited. This is not unique to Nigeria. Globally, ‘starving artists’ unknowingly sign away their rights in hopes of making it big.

However, laws can be implemented to prevent the most egregious of predatory behaviour. This article calls for Nigerian states to implement California’s ‘Seven-Year Rule’ for entertainment contracts.

Like all areas of employment, contracts in entertainment dictate the terms of the agreement. So the question is if talent are voluntarily entering into a contract, how are they being exploited? In the entertainment industry, one of the most pivotal points to an agreement is the contract term, i.e., the duration of the contract. It dictates how long the talent will be signed to a particular label, agent, manager or team. It is preferable for talent to have short-term contracts as it provides them the freedom to obtain better deals if they are successful.

However, those who seek to take advantage of talent demand that they sign lengthy multi-year deals under the guise of job security. In reality, though, they are seeking to lock in talent to low-value deals that may appear valuable to the artist or athlete at the time. These types of deals often result in stringent limitations on talent’s creative freedoms, high production demand, and underpayment if the talent becomes successful.

As it stands, Nigerian law offers little protection to entertainers in this position. The Nigerian Labour Act provides no stipulations to fixed-term employment contracts. As such, there is no limit on the maximum length of an employment contract in Nigeria.

At the same time, Nigerian law does forbid contracts of adhesion, which it describes as, “Contracts where the parties are not equal. They are usually contained in standard forms of contract – a ‘take it or leave it’ sort of transaction. These contracts are concentrated in relatively few hands and the terms are usually not negotiated between the parties thereto. The party with the bargaining power dictates the terms. The weaker party is presented with a form and asked to ‘sign here’.”

The court uses an objective reasonableness test to determine whether a contract is adhesive. Nevertheless, this may be ineffective in protecting entertainers. While as a young, struggling entertainer, it may have seemed reasonable for an individual to sign a ten-year contract with a manager, which, for example, gave the manager a 33% cut of the profits of every gig they booked. This deal may have allowed the entertainer to pay the bills or put food on the table. However, it is certainly not reasonable six years down the line when the entertainer is now a star who could potentially find better management at a cheaper rate but is locked into a contract they signed when they were in a completely different position for four more years. Despite this, the reasonableness test would offer the entertainer no remedy.

There is a practicable solution to fill in this gap in the law, though, to protect the rights of talent. All that it requires is to look to the laws of the state which is home to the most significant entertainment industry in the world: California. In 1937, while Hollywood was emerging as an economic superpower, California recognized the risk of exploitation that talent in the entertainment industry faced. As such, it enacted Section 2855 of the California Labor Code to limit an employer’s ability to hold an employee to indefinite contracts. 2855(a) restricts the term of ‘personal service’ employment to seven years – hence the ‘Seven Year Rule’.

This rule does not just apply to any employment contract, though. The statute defined personal services as those of a “special, unique, unusual, extraordinary, or intellectual character,” that have a “peculiar value,” such that the “loss of these services cannot be adequately compensated in damages and cannot “be enforced against the person contracting to render the service for a term [that exceeds[s} seven years from the commencement of service under it.”

To put it simply, an entertainer in California cannot be party to a contract for their services for longer than seven years.

That being said, there is an exception to this rule for musicians. This is because record labels argued that their agreements for personal services were different from other forms of entertainment. Record deals are not based on the length of years but rather the number of albums delivered.

Moreover, due to the level of investment that record labels put into a musician’s career, the possibility that this musician could unilaterally walk out on the agreement without delivering his end of the bargain was unfair. These were all reasonable arguments. Thus, in 1987, the California legislature implemented §2855(b) into its Labor Code. §2855(b) provides that talent providing services for “the production of phonorecords may not invoke the [Seven Year Rule] without first giving written notice to the employer.”

Additionally, the employer “shall have the right to recover damages for a breach of the contract occurring during its term in an action commenced during or after its term.” This means that although the music artist can walk away from their contract after seven years, his record label can still sue them for breach of contract for the albums they failed to deliver.

From this analysis, it is evident that the California Seven Year Rule presents an effective and limited scope modification to contract law that protects entertainers’ rights in a state that reaps the economic benefits of their labor. While the political rigmarole to get this type of legislation passed in Nigeria at a federal level would likely be too burdensome, states which benefit from the entertainment industry, such as Lagos, Anambra, Enugu, Delta state, and Abuja, should strongly consider it at local levels. The legislation does not result in a get-out quick scheme for entertainers who are not ready to pay their dues. In fact, most of the personal services contracts for entertainers in Nigeria are shorter than seven years. Thus, its clear purpose is to prevent predatory contracts and ensure that if an entertainer wants to continue a long-term contract, they have the opportunity to assess their options and renew it after a reasonable amount of time.

While the entertainment sector provides life to many Nigerians domestically and abroad, it cannot be forgotten that entertainers are this industry’s lifeblood. For the country to purposely harness the value of this growing industry, it needs to ensure that its most vulnerable and most valuable are protected.

Fashina is Attorney based in Los Angeles, California, specializing in Entertainment, Media, Technology and Sports Law and Policy. Throughout both his law degrees, I worked in the entertainment law field, gaining experience in the UK, South Africa and the US.