Burnley relegated after losing at home to Newcastle 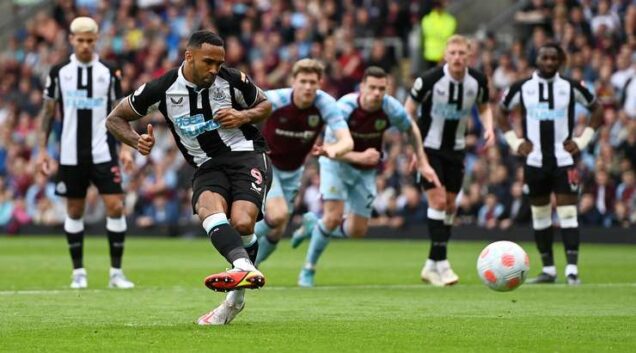 Burnley became the last team to be relegated to Championship side after it lost 1-2 at home to Newcastle on Sunday.

Burnley were expected to win their last game at home to stand a chance of going through at the expense of Leeds United, but they crumbled at home.

Newcastle opened the scoring on 20 minutes from the penalty spot, which was converted by Callum Wilson, driving the ball low into the right of the net, giving goalkeeper Nick Pope no chance.

Allan Saint-Maximin laid the ball off to Callum Wilson, who shot from close range into the bottom right corner, leaving the goalkeeper helpless.

The homers pulled on back on 69 minutes. Maxwel Cornet fired the rebound low into the middle of the goal after the ball broke to him in the box, but the goal was not enough to save them from being relegated.