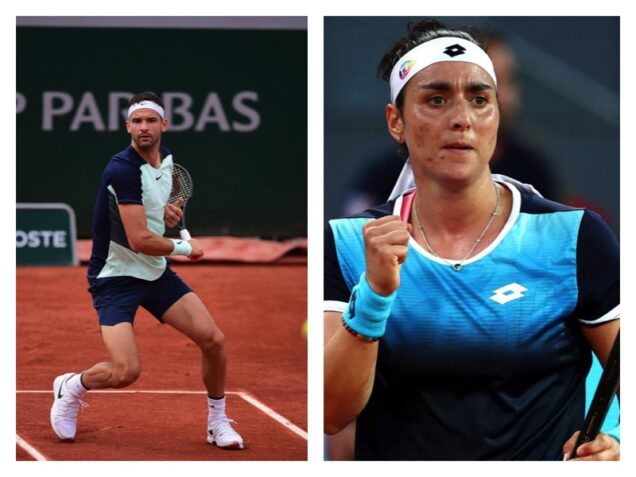 The French Open has recorded two major upsets few hours into Day One of the tournament, with twice finalist Dominic Thiem and Tunisia’s Ons Jabeur knocked out.

Thiem crashed out of the tournament in the first round on Sunday, losing in straight sets to Bolivian world number 87 Hugo Dellien.

Austrian Thiem, who has failed to win a match at any of the tournaments he has played since his wrist injury comeback in March, made 42 unforced errors as his once dominant clay court game deserted him.

Dellien, comfortable on the surface after battling through the qualifiers to reach the main draw in all five clay court tournaments preceding Paris, did not have to wait long for his chance.

He earned his first break point in Thiem’s opening service game and broke him on his second to race through the first set.

Two quick breaks in the second wrapped it up for Dellien, with Thiem, who injured his wrist in Mallorca in 2021 and required surgery, struggling with for consistency throughout.

Ons Jabeur was knocked out World No.56 Poland’s Magda Linette in the opening round, her third Top 10 win at a Grand Slam event.

Jabeur who was seeded 6th fell to Linette 3-6, 7-6(4), 7-5 in the tournament’s opening match on the main stadium, Court Philippe Chatrier.

Linette was only 2-16 against Top 10 opponents coming into the match, but she successfully executed a comeback against Jabeur, who won the WTA 1000 Madrid title on the dirt earlier this month.

Both of Linette’s previous Top 10 wins also came at Grand Slam events (including over then-World No.1 Ashleigh Barty at last year’s Roland Garros via retirement), and she grabbed another upset at a major after 2 hours and 27 minutes of play.

Jabeur had won 17 matches on clay this season, far ahead of everyone else on tour (Amanda Anisimova and Ekaterina Alexandrova are tied for second place with 10 clay-court match-wins apiece in 2022). Along with her Madrid title, Jabeur reached finals in Charleston and Rome.

Linette, though, came through in a tricky final set, garnering her second win over Jabeur in their five career meetings.

Jabeur had 35 winners to Linette’s 32, but the unseeded Pole kept her unforced errors lower, with 35 to Jabeur’s 47.