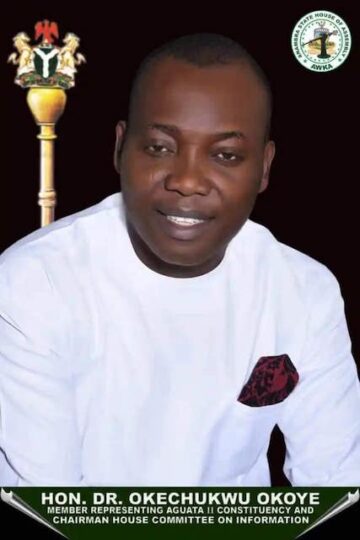 Governor Chukwuma Soludo has offered a N10 million reward for information to track the killers of the abducted lawmaker Okechukwu Okoye.

He said the money will be given to anyone or group that will avail valuable information that will lead to the immediate arrest of the perpetrators of the dastardly act.

Okoye who was representing Aguata II Constituency at the State House of Assembly and his aide, Cyril Chiegboka were kidnapped on 15 May.

Soludo expressed shock and deep sadness over the gruesome murder of Okoye, a lawmaker representing his home constituency.

According to a statement, Soludo has condoled his kinsmen of Isuofia, noting that it is probably the same criminal gang that attacked him and killed three policemen at Isuofia two years ago that are once again on the prowl.

“But they can never cow down Isuofia and Anambra state”, he said..

He vowed that the perpetrators as well as all criminals operating in Anambra must be decisively brought to book.

“Anambra will soon be a hell for these criminals”, Soludo assured.

He gave the assurance of government’s resolve and renewed determination with the security agencies to go all out against the criminals and ensure they are brought to justice.

“Anambra will win against the forces of darkness”, Gov Soludo said, urging Ndi Anambra to brace up for the all out war against the criminals.