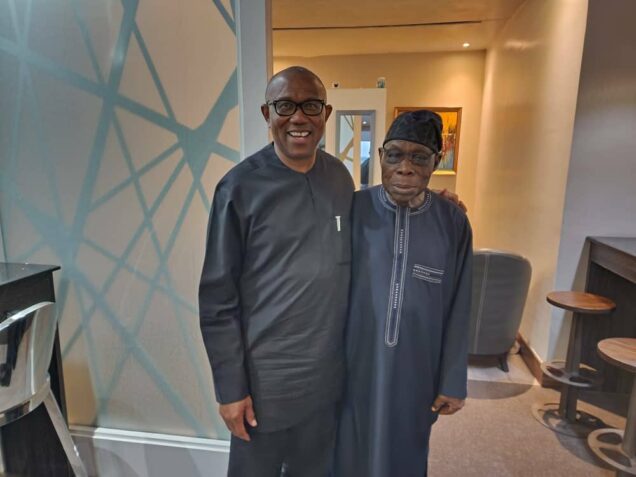 Obi and Obasanjo at the airport

The duo met late Sunday night at the airport and entered into a private discussion.

The former governor of Anambra State is aspiring to become the president of Nigeria in 2023 under the banner of PDP.

He has to slug it out at the primary election with former Vice President, Atiku Abubakar; former Senate President, Bukola Saraki; Governor Nyesom Wike of Rivers State; Governor Aminu Tambuwal of Sokoto State, among others.