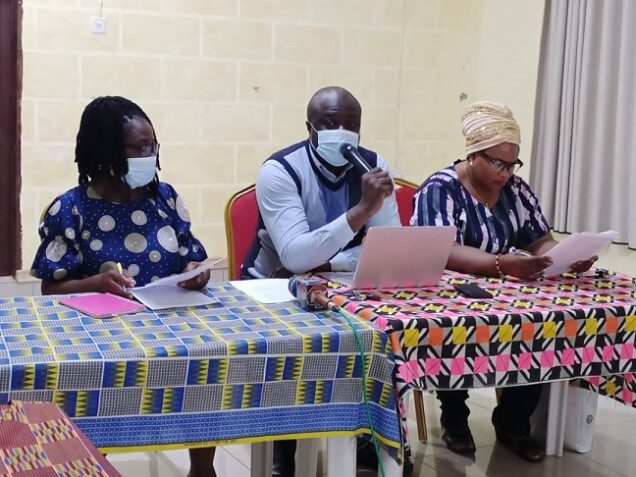 A health focused non-governmental organisation, Civil Society in Malaria Immunization and Nutrition (ACOMIN) has called on government at all level to increase budgetary allocation to health, particularly on initiatives aimed at combating malaria.

State Secretary of the organization, Mr Tayo Akinpelu made the call during a press briefing in Abeokuta to mark World Malaria Day for year 2022 marked under the theme “Advance Equity, Build Resilience, End Malaria.”

Speaking in line with the theme, Akipel urged state governments, the media and other stakeholders in the health sector to increase awareness on the need for the public to imbibe prevention practices as a lifestyle towards protecting the most vulnerable groups such as pregnant women and children under the age of 5.

He said malaria is one of Nigeria’s most important public health concerns because of the illness and death it causes to millions of people yearly.

He added that Nigeria has the highest number of cases globally with 27% of the global death.

While appreciating the intervention of the Federal and state governments on the implementation of the basic health care provision funds, the ACOMIN State Secretary said there is need for community involvement for more impactful service delivery.

He also called on community leaders to intensify efforts in the fight to get the world closer to being malaria free.

In his remark, Mrs Sola Oyewole who represented Ogun state Primary Health Care Development Board at the event, urged communities, families and individuals to play their own parts in the the fight against malaria, pointing out that prevention remains the key in tackling the scourge.

A community Leader from Lafiaji/Ilupeju, Mr Muiz Bankole appreciated the ACOMIN Team for enlightening them on how to keep malaria at bay.