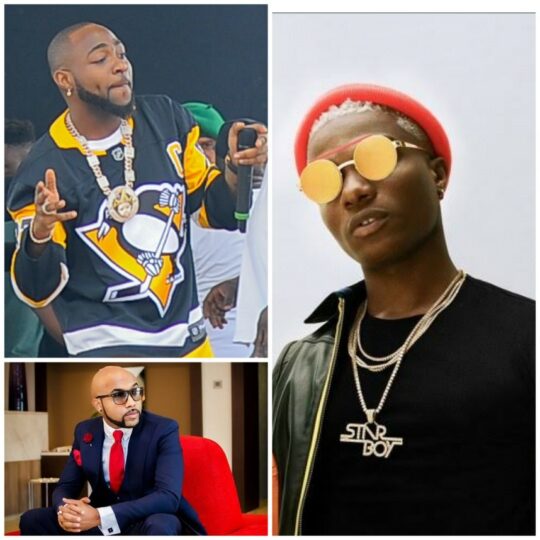 Davido gave his support after Banky W was declared the winner of the PDP primary for the Eti-Osa constituency House of Representatives ticket in the 2023 general election.

Banky W had a landslide victory on Monday, polling 28 out of 31 votes cast by delegates at the primary.

He contested against a legal practitioner, Mr. Sam Aiboni, who polled three votes.

Banky W will now likely slug it out with Rep. Babajide Obanikoro, son of former minister of state for defense, Sen. Musiliu Obanikoro who picked the APC return ticket.

Reacting to Olubankole’s victory, Davido wrote on Twitter on Tuesday.

“Congrats @BankyW! You have my support! Don’t sit at home and complain get up and make a change.”

However, attentions are now on Wizkid.

Wizkid, who signed a record deal with Banky W in 2009, is yet to publicly congratulate his former boss on his latest achievements.

There have been rumors of a rift between Wizkid and Banky W. Both sides didn’t confirm it but Wizkid may now seize the opportunity to bury the rumors by congratulating and showing support for Banky just like Davido did.