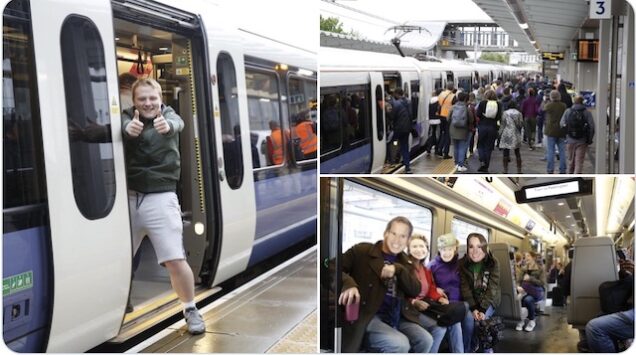 The Elizabeth Line was officially opened by the Queen last week but only took passengers from 6 .30am today.

The Mirror reported queues outside some stations before the first passengers were allowed to board.

The line will not operate direct end-to-end services at first, as it is being opened in phases.

Also, the new station at Bond Street won’t open until later this year.

Construction started more than 12 years ago. It was completed four years later than scheduled.

The line will run through central London, but it will also connect popular commuter towns to the east and west of London as it runs through Maidenhead, Slough, Ilford and Brentwood, Mirror reported.

Once fully operational, the Elizabeth line will stop at a total of 41 accessible stations and 10 of these are brand new stations.

Crossrail estimates that the line will serve around 200 million people every year.