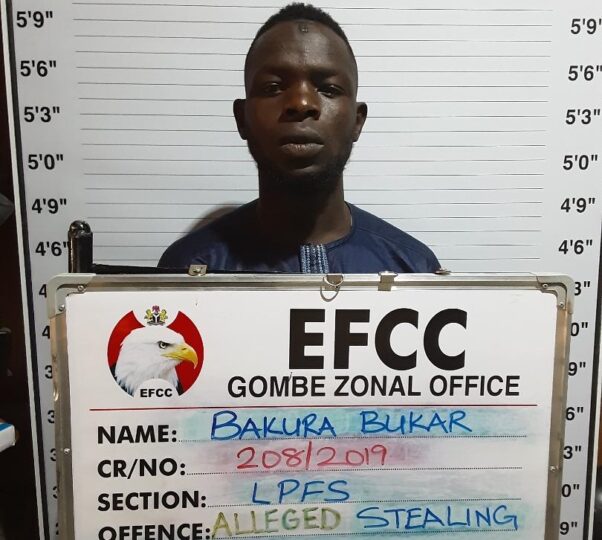 A petty thief in Gombe state, Bakura Goni Bukar has got his comeuppance for stealing as he was sentenced to two years of imprisonment by Justice D.S. Sikkam.

This followed Bukar’s arraignment by the EFCC on one count of stealing.

Bukar was sentenced on Monday.

He was arrested by EFCC operatives for stealing N100,000, about $200, belonging to one Mohammed Abubakar Sahabi, a mobile phone/accessories seller.

This he did in league with fugitive Ibrahim Usman, by transferring the money from the First Bank Plc account of Sahabi to his account at Access Bank.

He then withdrew the money using the Automatic Teller Machine (ATM).

The charge was read to the defendant and he pleaded guilty to it.

In view of his plea, prosecution counsel, M. D. Aliyu, prayed the court to convict the defendant accordingly.

Defence counsel, Raphael Obotidem, however, urged the court to temper justice with mercy.

Justice Sikkam convicted and sentenced Bukar to two years imprisonment with an option of a fine of N40,000.00.