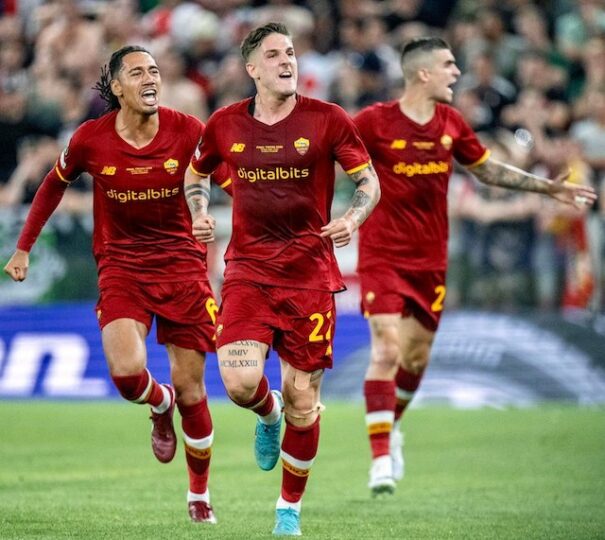 AS Roma players jubilate after winning the Europa Conference League

AS Roma won their first major European tournament in their history when they defeated Feyenoord 1-0 in the Conference League final on Wednesday.

Zaniolo continued his resurgence under manager Mourinho to score the match’s lone goal in the 32nd minute.

It was Mourinho’s first trophy since arriving at Roma ahead of the 2021-22 season.