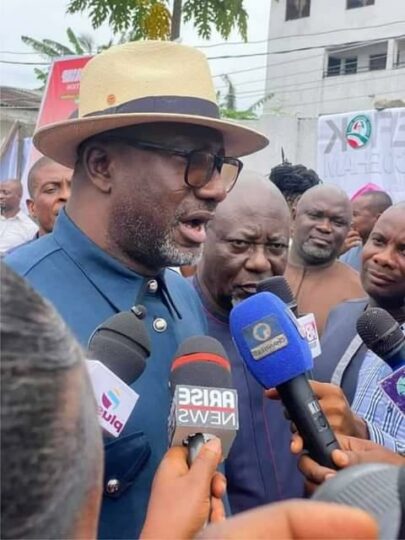 A governorship aspirant on the platform of Peoples Democratic Party, PDP in Rivers, Bro Felix Obuah, has sued for calm among his political allies over the choice of the party’s flag for the state in 2023 general elections.

Obuah spoke ahead of today’s Wednesday gubernatorial primaries for the selection of the flag bearer of the party for the 2023 governorship election.

He emphasized that in matters and decisions that have to do with the party, the party is supreme and demands the support of all party members in the overall interest of the party.

He said whoever is chosen by the party becomes the party’s candidate for the forthcoming election irrespective of preferences of individual members.

Obuah who gave the admonition in a press statement signed by Jerry Needam, his special adviser on media and publicity, added that that the choice of party members is binding on all other aspirants in the spirit of togetherness necessary for the desired victory at the elections proper.

“I therefore enjoin all my supporters across the state not to be disheartened or lured into any form of protest or agitation by anybody on my behalf should the outcome of the primary not reflect their expectation,” Bro Obuah appealed.

The governorship aspirant prayed that the primary will be very smooth and produce the very best that will not only win the election for the PDP but also raise the bar of governance in Rivers State to a greater height.

Obuah’s call for calm was in response to agitations by some party supporters that he is the preferred choice in a viral video in which they condemned alleged plan to impose a gubernatorial candidate on the party.