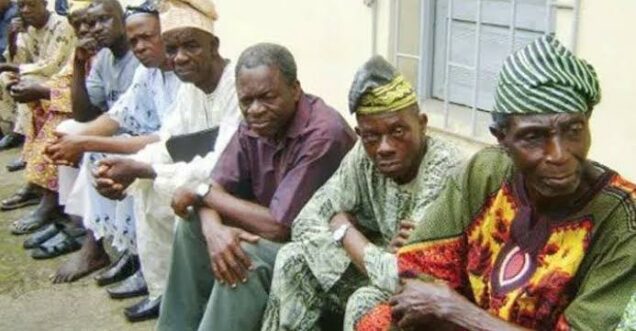 The National Union of Pensioners (NUP), Kaduna state, has provided free medical services to over 635 members of the union from eight local governments of Kaduna state.

Alhaji Alhassan Musa, Secretary of the union, told newsmen in Zaria on Thursday that the services were to strengthen the health and welfare of its members.

Musa added that the five days free medical outreach inaugurated at Pambegua in Kubau Local Government on May 23, had 135 beneficiaries from Lere, Kubau and Kauru local governments.

“The beneficiaries from these five local governments are also receiving free cataract surgeries, drugs and glasses. We are also compiling the list of members that require complex optical surgeries for other interventions,’’ Musa said.

According to him, the union had an initial plan for about 50 beneficiaries from each local government; however, with the huge turnout of the members, the union had no option than to accommodate them.

He added that the huge turnout reflected the condition of the senior citizens in the state, saying that the union would sustain the exercise at short intervals to enhance their health status.

He said plans had reached an advanced stage to further integrate the members into the Kaduna State Health Insurance Scheme, to reduce out-of-pocket expenses for the management of their health challenges.

“We are on the verge of signing a Memorandum of Understanding (MoU) with the scheme in Kaduna State.

“Under the MoU, three per cent of a monthly pension payment would be deducted. The deduction is to benefit the pensioner, his wife and two children,’’ he said.

Hajiya Zainab Nuhu, from Sabon Gari Local Government, who spoke on behalf of the beneficiaries, commended the union and urged it to expand the number of beneficiaries in the subsequent interventions.