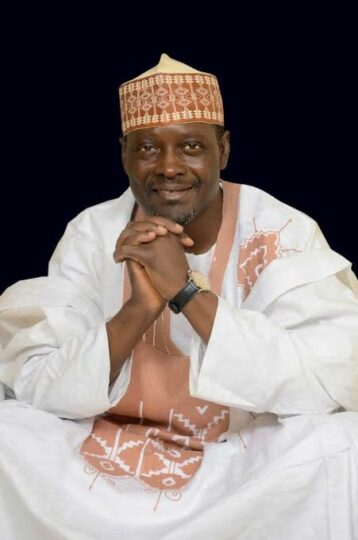 Ex- Rep Yahman Abdullahi: emerges governorship candidate of the PDP in Kwara six months after defecting to the party from the APC

A former member of the House of Representatives, Yahman Abdullahi, has emerged as the governorship candidate of the Peoples Democratic Party (PDP) in Kwara six months after defecting to the party from the All Progressives Congress, APC.

Abdullahi, a three-time member of the Green Chamber, defeated two other aspirants to clinch the position.

HE was a governorship aspirant of the APC in 2019, defected to the PDP six weeks ago and collected the forms to contest for the governorship ticket.

He defeated Ahman Pategi and Prof Issa Gana to clinch the ticket.

The Chairman of the electoral committee of the governorship primary, and the returning officer, Niyi Owolade, announced the result of the election at about 10 pm on Wednesday night.

Owolade said that Abdullahi polled 518 out of the total 574 votes cast, while Pategi recorded 31 votes and Gana 14.

According to him, 574 of the total number of 591 delegates were accredited while 11 votes were voided.

The News Agency of Nigeria (NAN) reports that the Yahman Abdullahi was a member representing the Pategi/Lafiagi/Moro Federal Constituency in the House of Representatives.

Abdullahi, in his acceptance speech, thanked his co-contestants for accepting the outcome of the election.

He called for the cooperation of all members of the party so that PDP would become victorious in the 2023 general elections in the state.

Abdullahi alleged that Kwara state, under the present APC administration, “has derailed from the track of progress and development”.

He called on the people of the state to vote for PDP in order to put the state back on track. (NAN)