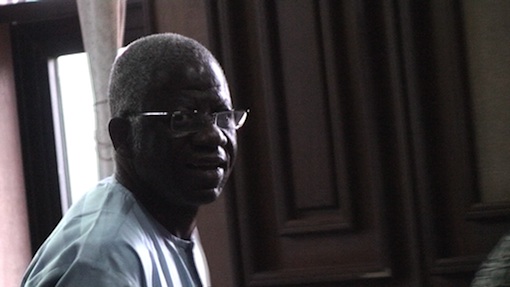 At the resumed hearing in the case on Thursday, Oronsaye was cross-examined by the prosecution counsel, Mr. Oluwaleke Atolagbe.

The former Head of Service reiterated that he was both Principal Secretary and Permanent Secretary, State House and that he was appointed head of the service in 2009.

When asked why he remained a signatory to an account he handled even while he longer worked at the statehouse, Oronsaye told the court that the then-president asked him to continue managing the account.

Justice Inyang Ekwo thereafter adjourned the matter until Oct. 5, Oct. 6 and Oct. 7 and ordered parties to obtain records of the proceedings in the case so far.

The Economic and Financial Crimes Commission (EFCC) had alleged in the charges that the defendants siphoned the money through a biometric enrolment contract purportedly for the reform of the civil service pension system.

EFCC closed its case with the testimony of its 21st prosecution witness, Mr. Umar Tilde having tendered numerous documents to support its allegations against the defendants.

One of such documents tendered was a judgment that convicted and jailed Abdulrasheed Maina, a former chairperson of the defunct Pension Reform Task Team (PRTT).

Tilde, a Compliance Officer with Zenith Bank Plc, however, told the court that Oronsaye was at no time a signatory to the federal pension accounts.

However, he could also not ascertain whether Oronsaye ever made an endorsement for withdrawal from the pension accounts.

The witness said it was Shuiab Sani Teidi, Eunice Chide, Mohammed Kaltung Ahmed, Hassan Mohammed and Attah Danladi that were signatories to the pension accounts.

The prosecution closed its case after Tilde’s testimony and Oronsaye was called to open his case.

On opening his defence, Oronsaye accused the anti-graft agency of deliberately witch-hunting him following a presentation he made before the National Assembly while he was still in office.

Meanwhile, he told the court that he ran into trouble after he defended an Executive Bill on the EFCC at a point when the commission itself mounted strong opposition against the said bill.

According to him, shortly after he returned to his office at the end of his presentation at the national assembly, the anti-graft agency, summoned him to its office.

He told the court that the EFCC alleged that he was being investigated following a petition against him but that the commission had yet to show him a copy of the petition.