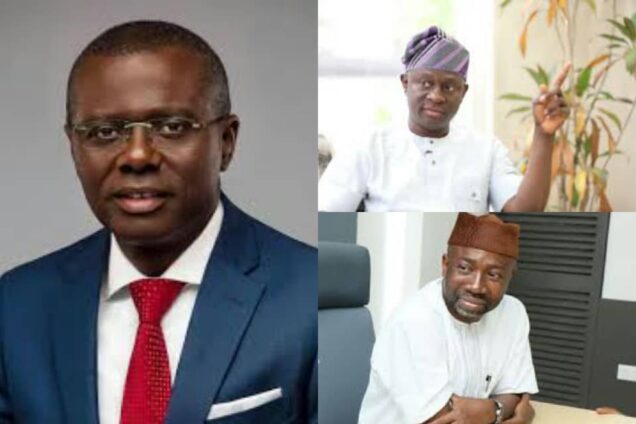 Security operatives on Thursday, mounted heavy presence at the venue of the special state congress of the APC to select its governorship candidate for 2023 general election in Lagos State.

The APC Governorship special congress is holding at the Mobolaji Johnson Arena, formerly known as Onikan Stadium on Lagos Island.

The security personnel were strategically positioned at various entrances and within the premises of the venue.

Several patrol vehicles and Armoured Personnel Carrier were also stationed at the access roads leading to the venue.

The special state congress had started with accreditation of ad hoc delegates from the 20 Local Government Areas of the state as at the time of filing this report.

Members of the electoral committee for the primary were around and delegates were moving around, expecting the voting to begin.

Ademola Sadiq, the Chairman of the Accreditation Sub-Committee for the Governorship Primary Support Committee, said that he was impressed by the peaceful and smooth accreditation ahead of the election.

“The accreditation has been so well organised and some local government ad hoc delegates are only expecting two or delegates to be completely cleared.

“On the whole we are 1,225 delegates. Hopefully, by my estimation, we have attended to about 800 people so we are expecting just some few right now.

“In another 20 minutes we should be able to be done with accreditation,” Sadiq said.

He also expressed the hope that the exercise would be successful.

“I am expecting outstanding success of the primaries. We are lucky because the number of delegates have been pruned down because of the non-signing of the Electoral Act amendment (by President Buhari Muhammadu).

“We just have 1,225, so within two hours, all of them should be able to vote and we disperse,” the chairman said.

NAN reports that apart from the incumbent, Gov. Babajide Sanwo-Olu, who is seeking reelection ticket, two other aspirants in the race were former Commissioner in the state, Wale Oluwo and former Permanent Secretary, AbdulAhmed Mustapha.