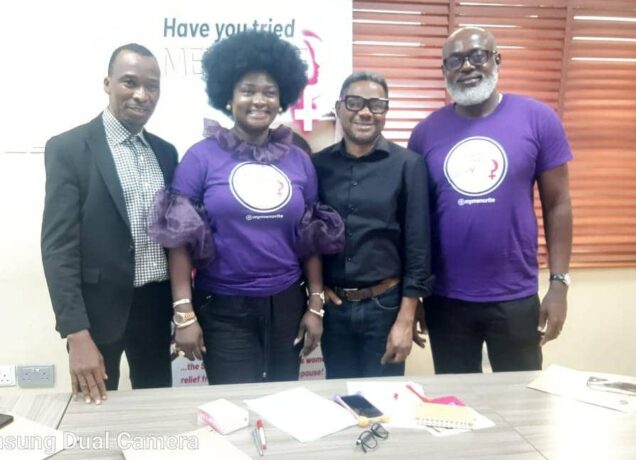 Experts in social relationships and medicines have observed that many cases of depression and sicknesses linked to mystical interpretations were symptoms of menopause.

The experts in a joint media parley aimed at demystifying the myth behind some sicknesses and symptoms which have been linked to mythological interpretation, said the varied forms of the symptoms of menopause are such that many affected persons find difficult to unravel and diagnose, hence leading to depression and several mysterious interpretations.

Forefront social relationship advocate, Oluwatoyin Ohio-Alegbe, observed that the controversies from the subject of menopause have led to undue mystical interpretations.

Ohio-Alegbe, who is also a media practitioner who hosts the popular, Labalaba Oro radio show on Bond 92.9 FM, in a paper she titled: “Men, Women and Menopause,” lamented that many relationships, have been badly affected by lack of awareness and insensitivity of many men to diagnose when their spouse are undergoing the menopause stage.

According to her, the gap in knowledge has cost so many homes grave damages.

“How many men know when their women have entered the menopause phase? How many women themselves know when the season breaks? In this case, ignorance is not bliss!!!,” she queried

She observed a research carried out among random women in their mid 40s and 50s showed that a high percentage of menopausal women in Nigeria including educated and civilized ones didn’t speculate the symptoms of menopause as other things other than what it is – a natural life stage for every woman.

“When you don’t know what you’re up and against, how do you tackle it effectively? In our clime, we all seem to know about menopause but unfortunately, most of what we know are myths,” she observed.

According to her, menopause is not an illness, neither is it a spell of a bad omen,

“It is also not true that if a man meets a menopausal woman, his fortune will diminish or even disappear.Menopause has caused rifts and wrecked havocs in homes,” she said.

Ohio-Alegbe who made a case for the significance of taking enlightenment campaign on menopause to various stratal of the society said: “I encounter cases of marital issues like infidelity, physical abuse, emotional trauma, separation and in some cases, dissolution of the matrimony all because the woman suddenly lacks the drive for sexual intimacy, she’s cranky, oftentimes depressed from strange sweats that come upon her when people around her seem cool and fine.

“Some of these women had even concluded that what they were experiencing was some kind of spiritual attack.”

Describing Menopause as a period when a woman has not had her menstrual flow for a period of 12 consecutive months, she said whichever of the three stages: pre, peri and post menopause – a woman is, “she needs all the support she can get, especially from her husband, her immediate family and everywhere else.”

“It is therefore very important that this awareness is out there and when the woman is diagnosed to be in menopause, she should communicate and not keep it to herself so that when any of the symptoms is showing her pepper (disturbances), they can understand with and be there for her,” she submitted.

The Chief Executive Officer Alpha Zeros, Nigeria, Ltd, Enemuoh Emeka, which produces Menorite, largely used for managing menopause disruptions, said every stage of life evolve with scientific adventures to unravel mysteries which the symptoms of menopause is one.

He said researches of the organisation have been channeled towards diagnosing and managing, medically, the symptoms of menopause which have, over time, been shrouded in myth.

“Menopause is not a disease, it’s not life threatening, but it can be discomforting. We have seen marriages breakup; we have seen wonderful relationship affected; we have seen people die for wrong diagnosis. It’s not every medical doctor that can diagnose menopause,” he said.

Some of the symptoms which have been linked with menopause, include Hot flashes, Cold sweats, Lack of sleep- Weight gain, Fatigue- Depression, Dry Vagina, Loss of memory/Brain fog, Osteoporosis (thinning of the bones), Short fuses/Agitation, among others.

Medical experts have observed that at this stage of life, the woman needs to kit herself with an effective supplement that will help her effectively and successfully fight the symptoms day and night.

In his submission, a social advocate, Kingsley Obom-Egbulem, said as a result of changes in body chemistry which warrant unusual behaviour, women during this stage exhibits behaviours which demand that men adjust their demands from their partner during the period.

“Men need to understand a lot of these and empathise with what the woman is going through. You feel the pain and show empathy, because you can’t understand it. Men need to be schooled so they don’t make unnecessary demands on a woman who is already burdened,” he said.

According to him, there are solutions which are medically save for the stage, an instance of which he mentioned to include such medication as “Menorite.”

A medical practitioner and Country Manager, Alpha Zeros, Nigeria, Ltd, Dr. Joseph James, said as a hormonal reaction, sometimes it is difficult for women to diagnose the symptoms, which may take the conjunction of different kind of reactions.

“It’s not expected; it’s a declining process, it’s not something that is fixed and definite. So, you would not imagine; It can start declining as early as 30s and for some, it may not until they are 50,” he said.