49,669 people to benefit from N-CARES programme in Kaduna 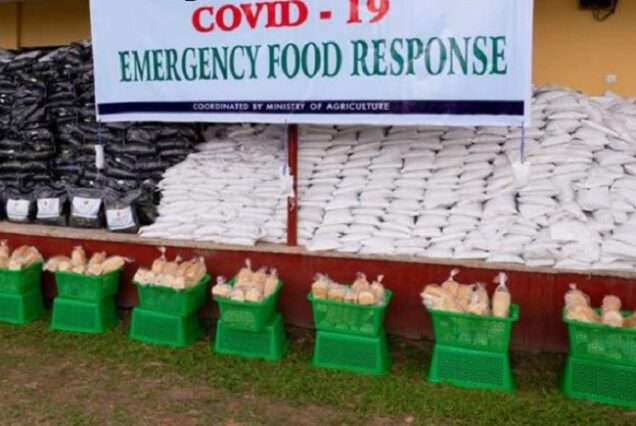 49,669 people to benefit from N-CARES programme in Kaduna

No fewer than 49,669 poor and vulnerable will benefit from Kaduna State COVID-19 Action Recovery and Economic Stimulus Programme (KD-CARES).

In addition, 2,787 Micro, Small and Medium Enterprises (MSMEs) will also benefit from the programme supported by the Work Bank, under the Nigeria COVID-19 Action Recovery and Economic Stimulus Programme (N-CARES).

The Programme Coordinator, Mr Badamasi Musa, unfolded this at a One-day Media Breakfast with newsmen in Kaduna on Thursday.

It was organised in collaboration with Jalad Media Concept.

Musa explained that KADCARES was initiated by the World Bank to mitigate economic challenges caused by COVID-19 across the country.

He said the intervention was in three thematic areas namely, social transfers, food security and strengthening the capabilities of MSMEs.

He said of the 49,669 expected beneficiaries, 33,029 would come under result area one – increased social transfers, basic services and livelihood support to poor and vulnerable households.

He said under the result, 1,460 would benefit from Social Transfers intervention, comprising the aged, physically challenged, chronically ill, and urban poor.

Musa said that each beneficiary would receive N10,000 bimonthly for two years, adding that the social transfer intervention would be implemented by the State Cash Transfer Unit.

He added that 2,839 poor and vulnerable would also benefit from the labour-intensive public works intervention, with payment of between N10,000 and N20,000 monthly stipends.

He added that 28,730 would benefit under the community and group investment in basic service infrastructure, with benefiting communities expected to receive a grant of between N10 million and N20 million in three tranches.

He explained that the Community and Social Development Agency would implement labour-intensive public works and basic service infrastructure interventions.

The coordinator also said that 16,640 poor and vulnerable would benefit under result area two which would be implemented by the FADAMA Project Implementation Unit

According to him, the result area is designed to increase food production and the safe functioning of food supply chains.

He explained that under the result area, the poor and vulnerable would benefit from agricultural inputs and services.

More than 11,000 people would benefit from labour-intensive agricultural infrastructure, agricultural assets for production and mitigation of food loss and waste.

“Other beneficiaries would be selected from other registers generated or built through a transparent and acceptable process in line with the Key Performance Indicators (KPIs),” he said.

Earlier, the State Commissioner, Planning and Budget Commission, Mrs Umma Aboki, explained that the main objective of the programme was to protect the livelihoods and food security of poor and vulnerable families.

Aboki added that the programme was a loan facility for each of the 36 states and the Federal Capital Territory.

She equally said that the programme was designed to facilitate the recovery of local economic activities affected by COVID-19 in Kaduna State.

The Executive Director, Jalad Media Concept, Mr Joshua James, said that media engagement was very critical to create the needed awareness and enlighten citizens on how they could benefit from the programme.

James explained that the objective of the meeting was to mobilise journalists to work with implementing agencies, disseminate information about the programme and provide feedback to the coordinating unit.