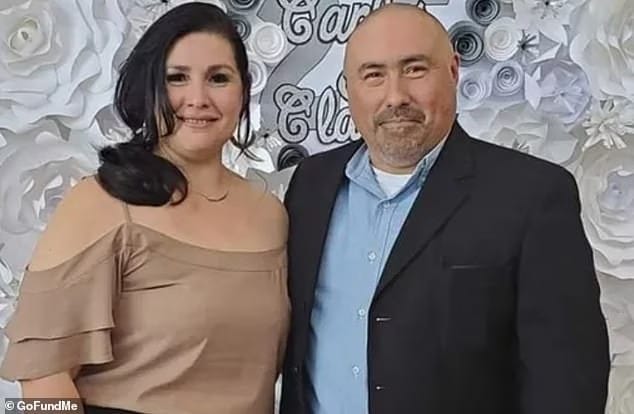 Joe Garcia, the husband of a fourth grade teacher, Irma, killed in Tuesday’s mass shooting at a Texas elementary school has died from a heart attack.

Garcia was preparing for the funeral of his wife, his high school sweetheart and wife of 24 years, when he collapsed and died on Thursday, the New York Times reported.

The two leave behind four children, according to the report.

Irma Garcia, 46, was one of two teachers killed by teenage shooter Salvador Ramos at Robb Elementary School in Uvalde, Texas, along with 19 children.

“EXTREMELY heartbreaking and come with deep sorrow to say that my Tia Irma’s husband Joe Garcia has passed away due to grief, i (sic) truly am at a loss for words for how we are all feeling,” wrote Martinez on his Twitter account, using the Spanish word for “aunt” and requesting prayers for the family.

“God have mercy on us, this isn’t easy.”

Watch his last act before he died: