Delegates: When your political career dies 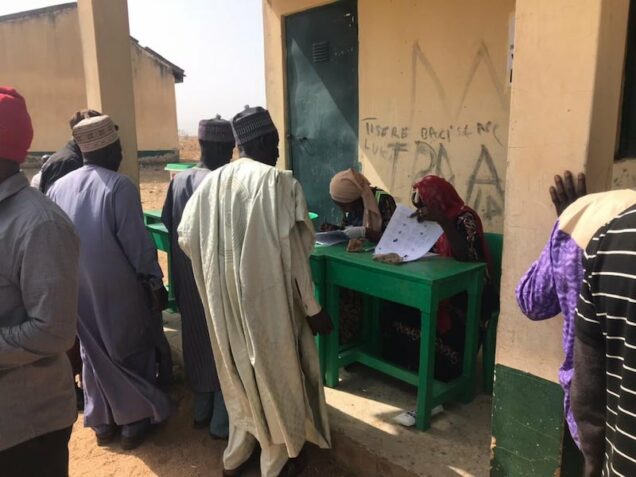 In 2003, as a 12-year-old boy living in a small community in oil-rich Delta State, I lived with my parents and four (4) siblings in a 2-bedroom apartment with the kitchen, toilet, and bathroom at the other end of the premises 100 meters away. We all attended public schools and in my case, my parents were able to afford 2 square meals daily for us. The residence was a large one; the landlord was a chief, politician, and community leader. He had many wives, and children and was respected in the community and its environs because of his political influence.

He was a delegate at the state level, a community kingmaker who successfully aided his first son to win a rather fraudulent Local Government chairmanship election. In most cases like other delegates, he voted for the money because the money was always the target, not the credibility of the aspirants. Unsurprisingly, after the election, he acquired another chieftaincy title and a new young wife. In deciding who to vote as a delegate or who to anoint community leader he definitely considered factors like financial gains and immediate personal interest notwithstanding the general insecurity and poverty level in the community as we currently have in Nigeria. He gave little to no consideration to the education of his numerous children, the security of his community and possible sustainable job opportunities for his kinsmen.

He was oblivious of the common quip that power was transient, while it was incumbent on him to make decisions that will have a lasting positive impact on the society for his children and the nation at large. Unfortunately, his first son who was a sitting LGA chairman was assassinated by jobless criminals available to be used as deadly tools by his enemies in a community with little or no security. Another of his son graduated with an excellent degree but got into crime after failing to secure a good job several years after graduation and was shot dead alongside members of his criminal gang; while one of his sons became quite successful in illegal oil bunkering but ended up burning almost half of his father’s large residence (the same one I grew up in) when the petroleum product exploded one fateful Sunday morning. Less than a quarter of his children managed to get any form of tertiary education. One of his daughters who is my age went into prostitution and contracted an incurable disease while his son who is also my age mate has been in and out of prison multiple times for various crimes.

As Nigeria approaches its 7th general election of its 4th republic, the onus falls on the party delegates to choose party flag bearers at all levels of elective offices during the various parties’ convention. They are saddled with the ultimate responsibility of presenting to Nigerians options to vote on Election Day. In discharging this civic and patriotic duty, delegates should reflect deeply on what they want for their children, grandchildren, relatives, and most importantly Nigeria.

The money factor that was predominant in 2003 hasn’t changed with time. Politicians will go-round with their deep pockets and money bag offering to buy your votes at “mouth watery” amounts taking advantage of the Poverty levels ubiquitous in the country. There is practically no punishment for giving or accepting bribes during electioneering but the negative impact is just a few years ahead. Whatever factor either money or the future your children and our dear country that would influence your decision on whom to present to Nigerians as party flag bearers, the consequences are inevitable and you would be alive to witness them.

I want to appeal to you to jettison the tradition of presenting several evils and asking Nigerians to choose the lesser evil. Rather, Nigerians should be given the opportunity to choose the best from the better options available. Be wary of aspirants dishing out huge sums of naira or foreign currencies because no man seeking the opportunity to be a public servant will spend a fortune unless they have ulterior motives which in most cases is to steal what remains of our common patrimony and the future of your children. If such people get into office, your children won’t have a good education, your kinsmen won’t have access to quality health care, your country won’t have adequate security for lives and properties and you will likely not have basic support for the elderly when your political career dies.

Democratic power worldwide is dynamic. Not everyone that gets into politics will be successful; some will enjoy a very short stint of leadership and for several reasons fall out of favour or lose political relevance. It is a known fact that only an insignificant number of delegates today will be delegates in the next election cycle and others will become normal citizens like the rest of us.

Subsequently, securing your future and that of your children is not by taking huge sums of money from political aspirants but on the contrary, securing your future is by giving your vote to the best man and supporting them to emerge as party flag bearers regardless of how much money they have to spend. Give Nigerians men of credible characters, people that will judiciously manage the resources of this great country in trust for their children, protect the interest of all Nigerians irrespective of ethnicity or religion and be accountable before God and man.

This is a historic moment for our country and your delegates are at the forefront of steering this course for the future of Nigeria. As you go into the national conventions; be patriotic, do your country the greatest deal of service, and cast your vote without fear or favour of money, religion or ethnicity. God bless you and God bless the Federal Republic of Nigeria.