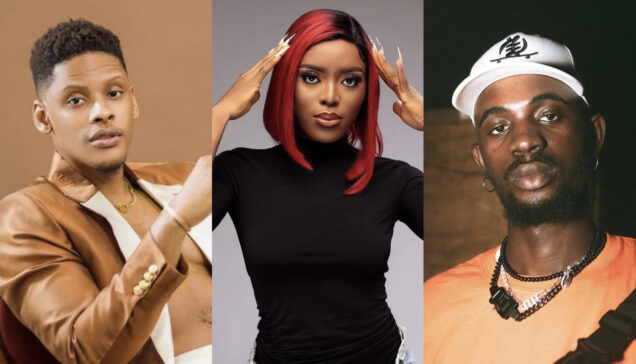 This month is no different with the breakout of the #KwakuTheTraveller trend has been reflected on TikTok. The song released by Black Sherif has been one of the biggest sounds and trendsetters on TikTok of late.

Since starring in the fourth season of popular Nigerian reality TV show, Big Brother Naija, Elozonam has become one of Nigeria’s most loved showbiz personalities because of his lively persona and interactive skills Elozonam brings his charm to TikTok where he is popular for his transition videos, deep fake videos, and content creation videos. Currently, Elozonam has over 335K followers and has over 1.5M likes across his videos.

The words that welcome you to Abikeshugaa’s TikTok account are “a rising star,” and it could not be a more perfect description of the TikTok creator’s trajectory.

Abikeshugaa is popular for being a multi-hyphenate, creating content in dance, fashion, memes, and comedy. Presently, Abikeshugaa has a following of over 396K people and has received over 6M likes across her videos.

The #GentilitySpedUp Challenge is a basic dance trend inspired by a track of the same name by Nigerian singers, Wande Coal and Melvitto.

The popular challenge has had about 220M video views and 560k published videos since its debut in-app.

Since coming into the top echelon of Nigerian music with the remix of his popular “Second Sermon,” Black Sherif has been one of the artist primed for further success.

His first single of 2022.,”Kwaku The Traveller,” has become of the most popular tracks of the year and it has become a viral trend that sees users recreate scenarios of moments when they have been human and made mistakes.

“Kwaku The Traveller” has become one of the most popular songs in the country and that has made it a TikTok staple with over 741k videos that have been published under this trend with over 157M video views.