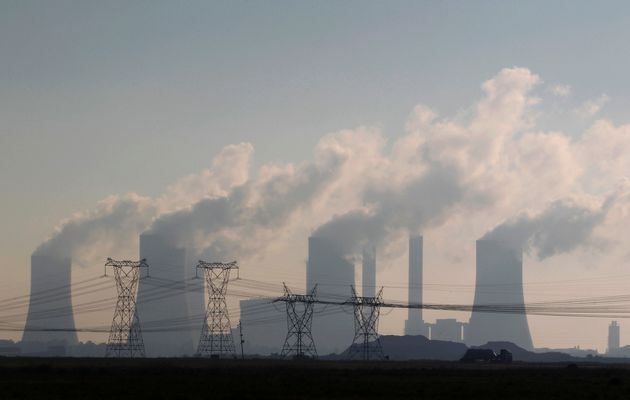 A coal power plant in South Africa pollutes the air

South Africa requires $250 billion in 30 years to shift from its coal-dominated economy onto a greener footing, a report released on the sidelines of the World Economic Forum said on Thursday.

Around half of the total investment, $125 billion, is needed to ramp up wind and solar power projects as the country mothballs coal-fired plants that currently supply the bulk of its energy needs, the report said.

The report was produced by academics at South Africa’s Stellenbosch University in conjunction with the Blended Finance Taskforce.

The body was set up in 2017 to help mobilise large-scale private capital in a bid to end poverty in line with the United Nations’ Sustainable Development Goals.

South Africa is the world’s 12th biggest emitter of climate warming gases and the biggest in Africa.

In November, the United States, Britain, France, Germany and the European Union agreed to offer an $8.5 billion package to help South Africa accelerate its transition from coal.

The exact details and timelines are still being discussed.

“It will take at least $250 billion spent over the next three decades to transition to a low-carbon, more equitable energy system in South Africa under an ambitious decarbonisation scenario (coal off by 2040),” the authors said.

Besides building up renewable projects and infrastructure, funding is also earmarked for gas plants and energy flexibility, new transmission lines as well ensuring that thousands of coal workers whose jobs are threatened will be re-skilled.

The latter is a political hot potato for the ruling African National Congress government and its labour allies.

“Aligning the right type of capital with the right investments and costs is key to meeting South Africa’s just energy transition objectives,” the report said.