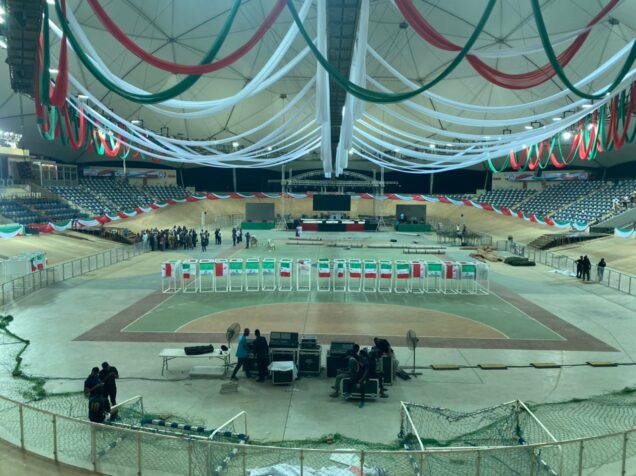 The velodrome inside MKO Abiola Stadium Abuja :Venue of the PDP Special Convention

The Peoples Democratic Party has convened an emergency meeting of its National Working Committee.

The meeting was convened in a bid to examine urgent issues arising, including the likelihood of rescheduling its national convention slated for today.

The NWC meeting, which is currently underway in Abuja, is anticipated to deal with issues around the decision of the Independent National Electoral Commission to extend the deadline for the conclusion of party primaries across the country.

INEC had, in a statement on Friday night, explained how it was urged by the council of political parties to extend the time for primaries following outstanding issues emanating from the exercise across the country.

The decision made way to shift the primaries’ deadline from June 3 to June 9.

Owing to the development, the PDP convened its officials to take a stand on whether or not the deadline extension would give the All Progressives Congress an edge in the presidential election come 2023.

An official of the party who has the itinerary of the meeting, Friday night, said “We have strong reasons to believe that the extension was announced by INEC today to allow the APC properly digest the outcome of the PDP’s convention and pick its candidate accordingly.”

“We were supposed to have our convention a day apart, but this latest move could give the APC a window to shift its convention by additional days just to properly strategize against whoever emerged as flag-bearer at our convention.”