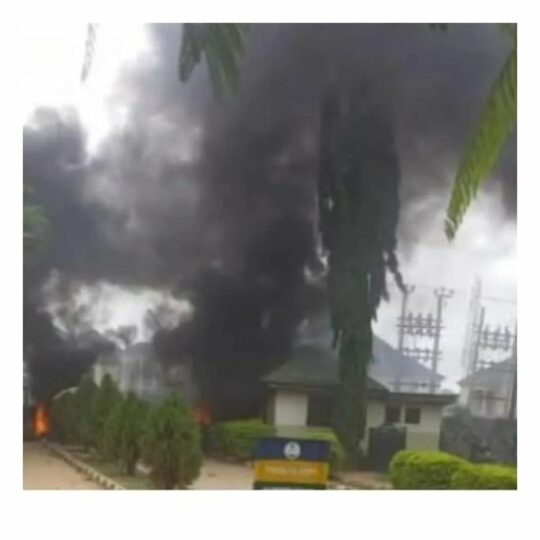 There was pandemonium at the Global Estate in the Lokogoma area of Abuja on Sunday as hundreds of okada riders took laws into their hands and set houses ablaze over the death of their colleagues.

Two okada riders were reportedly knocked down and killed by a motorist, which sparked off serious rampage in the area.

The motorist was said to have fled into the Global Estate immediately the incident occurred, forcing the okada riders to go on rampage.

The over 100 okada riders attacked the Global Estate in the Lokogoma area and set houses ablaze.

Manager of the estate, Adebisi Adelowo, told The Punch that “Over 100 Hausa bike riders attacked our estate some hours ago. They tried to burn down the estate by putting fire on two buildings.

“They pulled down our gate and started stoning people’s houses. We couldn’t stop them until the police and the army intervened.

“We later learnt that they attacked our estate because two of their colleagues were knocked to death by a motorist who ran to our estate for safety as he was been chased with big stones and other dangerous weapons.”