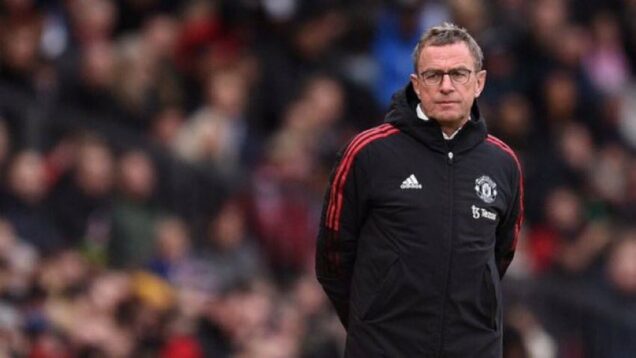 Ralf Rangnick has announced he will not stay on at Manchester United as a consultant due to the demands of his new role as Austria boss.

Despite a disappointing spell in charge at Old Trafford, which saw United finish sixth in the Premier League, the German was expected to move upstairs and help Erik ten Hag revitalize the playing squad.

But he has now severed ties completely, clearing the way for Ten Hag to put his stamp on the side without interference.

In his first press conference since taking charge of Austria, Rangnick said: “We have come to the conclusion that it is better for me and the club to concentrate fully on the Austrian national team.

“I canceled the consultancy contract.”

In the wake of Ole Gunnar Solskjaer’s sacking last November, Old Trafford chiefs appointed Rangnick on an interim basis until the end of the season with a two-year consultancy role to follow.

But the 63-year-old German has now opted to bow out following the end of a turbulent campaign in which United could only secure Europa League football.

A statement from the Red Devils added: “We would like to thank Ralf for his efforts as interim manager over the past six months.

“By mutual agreement, Ralf will now focus solely on his new role as manager of the Austria national team and will not, therefore, be taking up a consultancy role at Old Trafford.

“We would like to wish Ralf the best of luck in this next chapter of his career.”