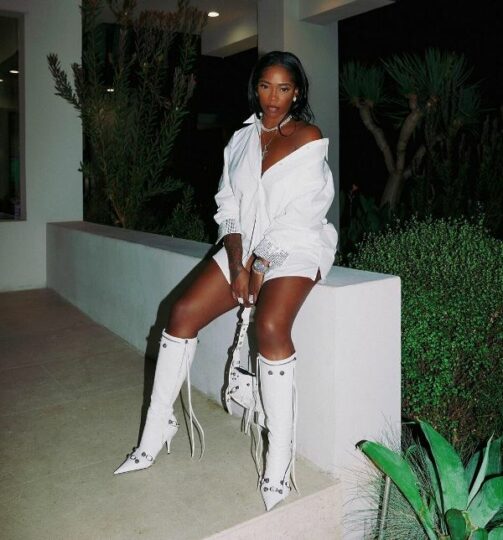 Nigerian singer, Tiwa Savage is having lots of fun in the United States where most of the cities in her North America tour are.

The ‘bad’ girl singer released hot photos which she took in California on her Instagram page on Sunday as she gets ready to rock in Los Angeles tonight, May 29, 2023.

Savage putting on a kinky outfit will not stop prying eyes from feasting on her vanity.

Her white attire ended at her waist, without putting on a skirt.

She announced her concert in Los Angeles and wrote: “LA is always a good idea.”

So far, Savage has toured New York, Edmonton, Vancouver, Seattle and San Francisco as part of her North America tour.