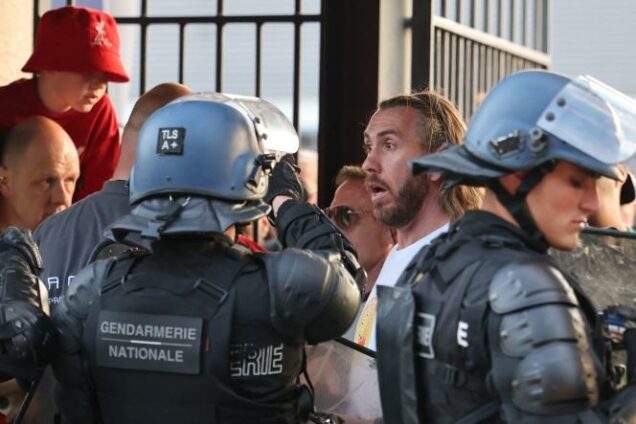 Police in Paris said that 68 people were arrested in the French capital after the UEFA Champions League final match, which saw Real Madrid defeat Liverpool 1-0 on Saturday.

In the early hours of Sunday, the Paris Police Prefecture said that it carried out 68 arrests in connection with the match.

Local media also cited authorities reporting that 238 interventions were carried out by firefighters for minor injuries.

Earlier the police force had stated that “a number of supporters without tickets for the match obtained fake tickets and disturbed the access to the Stade de France”.

The police added that these fans’ pressure to make it into the stadium resulted in a nearly 40-minute delay.

Organisers first explained the delay with security issues and then with fans arriving late.

UEFA said that “the turnstiles at the Liverpool end became blocked by thousands of fans who had purchased fake tickets which did not work in the turnstiles.

“This created a build-up of fans trying to get in. As a result, the kick-off was delayed by 35 minutes to allow as many fans as possible with genuine tickets to gain access.”

It added: “UEFA is sympathetic to those affected by these events and will further review these matters urgently together with the French police and authorities, and with the French Football Federation (FFF).”

Liverpool meanwhile said they have “officially requested a formal investigation into the causes of these unacceptable issues.”(dpa/NAN)