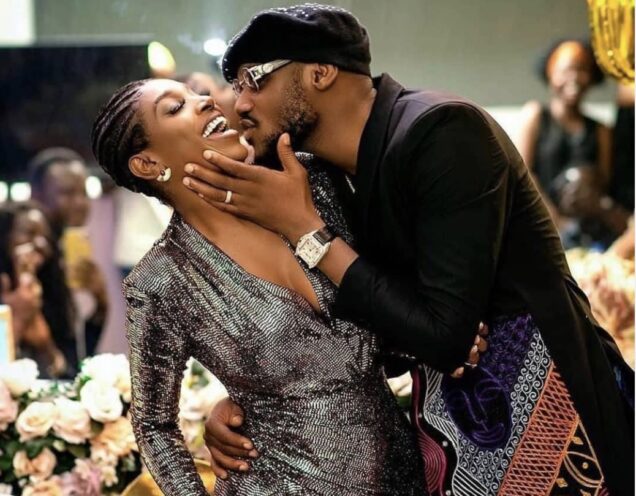 Annie Idibia has refuted claims that she unfollowed her musician husband, 2Baba, on Instagram.

It was noticed that the actress was no longer following her husband.

The incident sparked reports of a rift between the couples.

But in a post on Monday, the mother-of-two noted that a glitch on Instagram had caused the unfollowing which led to the rumored rift with her husband.

“Make una no dey let innocent lovers of a guy and I mind jump o!”

She noted that the Instagram glitch had also reduced the number of her followers.