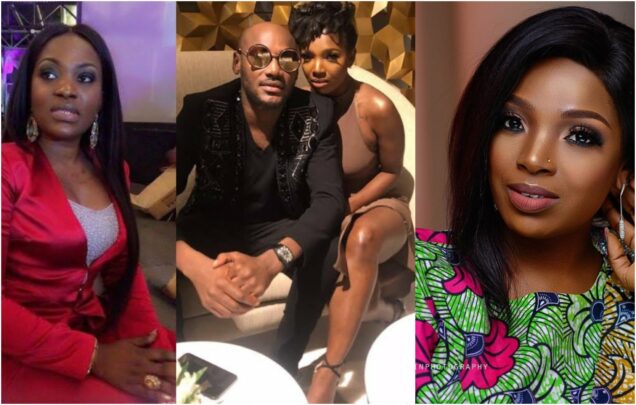 Annie Idibia has unfollowed her husband Innocent Idibia better known as 2baba or 2face on Instagram.

Annie didn’t stop at that, she also deleted all pictures of 2baba on her page.

The actress did this in the wake of her husband’s visit to London to bond with his 3 other kids, Ehi, Justin, and Innocent with his babymama, Pero Osaiyemi Adeniyi.

Annie had in September 2021 accused her husband, Tuface, of infidelity after she claimed 2baba slept under the same roof with Pero.

She said, “I’m a patient woman, I am not a fool innocent! Your family never loved me from the beginning, no matter how hard I tried. I was never worthy to them. I have made so many sacrifices for you and all your children. God knows I have tried.”(sic).

“What kind of man takes his kids to Disney and spends nights in the same apartment with his kids and their mother! How many times have you gone to see your kids with Pero and she stays with you and the kids under the same roof for nights?” she claimed.

However, this time 2baba seems to be tired of all the dramas.

He didn’t unfollow his wife but the singer put up a video hours ago where he was seen rocking his wedding band on his middle finger instead of his fourth finger.

Even his fans could spot that all wasn’t well with the singer as they asked what was wrong in the comment section of the post.

All the trouble started after Pero Osaiyemi, his second babymama, showed love to the singer.

2face had shared a video of himself hailing his fans and followers and Pero Osaiyemi was among the thousands of people who liked the video.