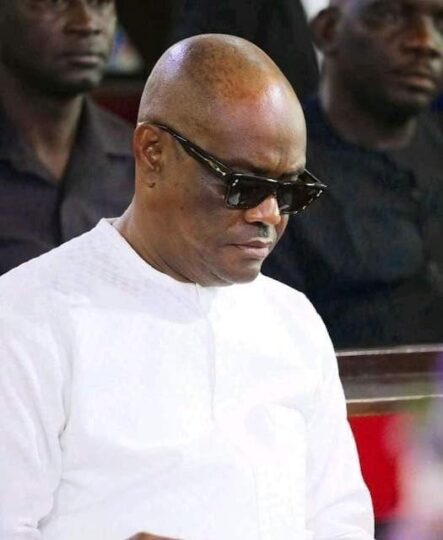 The dramatic end to Gov. Nyesom Wike’s presidential quest has been described by the Rivers State Chapter of All Progressives Congress, APC, as prayer answered for the teeming workers, pensioners and the downtrodden in Rivers State.

Rivers State Publicity Secretary of APC, Chris Finebone said this while speaking to journalists shortly after the governor lost his bid to get the presidential ticket of his party, the Peoples Democratic Party, PDP, at the Party’s presidential primary election held last Saturday at Abuja.

Finebone described the presidential ambition of Wike as “ill-fated” and his loss at the presidential primary as “a timely good riddance to the financial banditry, resource hemorrhage and complete absence of governance in Rivers State.”

“It was difficult for God not to hear the solemn heart-wrenching prayers and tears by civil servants who have not been promoted in the past seven years; pensioners owed pensions and gratuities since this governor came into office and the teeming people and residents of Port Harcourt who now share living space with garbage, stench, rodents and diseases arising therefrom.

“Despite persistent calls by civil society groups and the opposition on the governor not to shirk his responsibilities as the Chief Executive Officer of the State, the governor ignored everyone and abandoned governance in the State.

“The height of this was his disengagement of waste management contractors in Port Harcourt for some months now which has turned the Garden City of Port Harcourt into the garbage capital of Nigeria with diseases and rodents competing with human beings for space and existence.

“Sometimes we are perplexed and wonder how the Governor sleeps without his conscience troubling or pricking him that he has abandoned those that he found himself in government to care for as their governor,” Finebone stated.

Speaking further, the APC Spokesman advised Gov. Wike to have a change of heart and prioritize the welfare of the people.