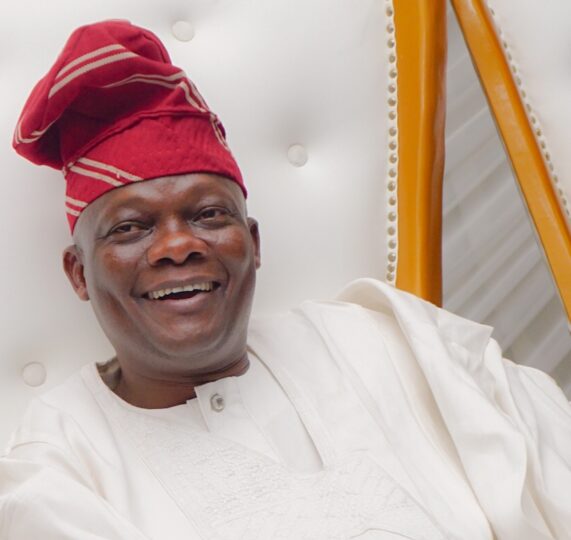 Oyo State gubernatorial candidate of All Progressives Congress, APC, Senator Folarin Teslim, has indicated that he will drag a member of House of Representatives, Shina Peller to court for libel and defamation of character for accusing him of operating a squad of hired killers.

Teslim said this while reacting to some trending videos where Peller accused him of sending hired assassins to kill him during the rancorous primary of APC for Oyo North Senatorial ticket.

Peller lost contest for the ticket to the incumbent senator of the area, Fatai Buhari.

“I am not an assassin and does not operate a death squad, therefore I could not have sent hired killers after Shina Peller or anyone.

“It is highly condemnable for Hon. Shina Peller to publicly allege that I sent hired killers after him without stating a reason why I should want to do so.

“I want to set the record straight that I do not have any anointed aspirant for the 2023 APC Oyo North senatorial district seat but I’ll respect the decisions of the majority party members (delegates) in the district.

Teslim Folarin, who said the allegation against him by Peller is unacceptable and must be verified by the security agencies, accused Governor Seyi Makinde of using the House of Representative member to destablise Oyo State and his gubernatorial ambition.

“It is saddening that Governor Seyi Makinde is using Shina Peller to attempt a smear campaign on me and destabilize Oyo APC ahead of the 2023 elections.

“This is an APC lawmaker that does not only talk down his political party but also recklessly attend PDP functions within and outside Oyo State.

“Based on intelligence report at my disposal, Shina Peller’s senatorial aspiration on the platform of APC is just a smokescreen to destabilise Oyo APC and demarket me as the governorship candidate of our great party. He is acting a script written by PDP/Makinde.

“It is very unfair that Shina Peller is being used to malign me in order to score cheap political points. He is engaging in a campaign of calumny just because he wants to deputise Governor Makinde in the 2023 elections.

“While I am urging the public to disregard the false allegation, I urge the law enforcement agencies to immediately investigate the serious allegation against my person with a view to letting the world know what transpired between him and the people he claimed to have personally arrested. Nigerians deserve to know the truth!

“I have zero tolerance for libel and slander. Therefore, I have instructed my legal team to take up the defamation of my character by Hon. Shina Peller,” Folari said.