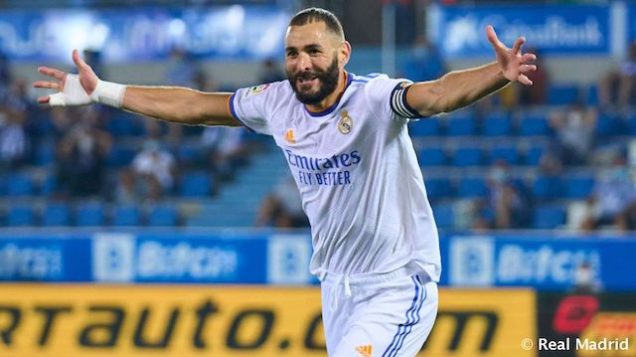 Real Madrid’s French striker Karim Benzema deserves to win the Ballon d’Or this year after helping to guide his team to the Champions League title, seven-times winner of the award Lionel Messi said on Monday.

Benzema had the best season of his 13-year career at Real, scoring 44 goals with 15 assists in all competitions as they won a LaLiga-Champions League double.

The 34-year-old topped the scoring charts in both competitions and netted hat-tricks against Paris St Germain and Chelsea in the knockout stages to secure Real’s progress.

“There are no doubts, it’s very clear that Benzema had a spectacular year and ended up victorious in the Champions League,” PSG forward Messi said on Argentine television.

“He was fundamental in all the matches from the round of 16 onwards. I think there is no doubt this year.”

The Ballon d’Or award for the best soccer player in the world will be presented on Oct. 17, with the nominees set to be revealed on Aug. 12.

The prestigious trophy will now be awarded on the basis of a regular season from August to July rather than a calendar year.

Real Madrid’s victory over Liverpool gave them their 14th European Cup triumph — twice as many as the next most successful team AC Milan.

Benzema’s hat-trick in the second leg eliminated PSG 3-2 on aggregate in the last 16, yet again preventing the French club from winning Europe’s elite club competition for the first time.

“The Real Madrid game killed us, me and everyone in the dressing room. We had a lot of hope. It makes me want to win again,” Messi added.

“But the best team doesn’t always win the Champions League. I don’t take credit away from Real Madrid, they weren’t the best in this competition and yet they beat everyone.”