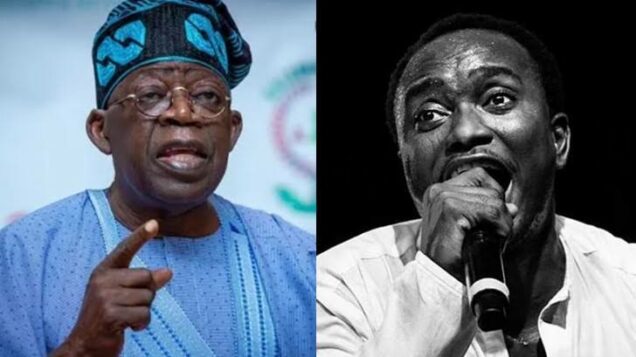 Nigerian singer, Ọlawale Ọlọfọrọ, better known as Brymo, has explained why Asiwaju Bola Ahmed Tinubu deserves to be the next occupant of the office of the Nigerian presidency.

Someone with the username “ @ambrosia_ijebu” wrote, “This Jagaban (Tinubu) candidacy has truly helped me see that so many Nigerians actually don’t care about purposeful or diligent leadership.”

In response to this, Brymo tweeted; “Yet he’s the one with a plan, we all know that. Let a city boy be president for once! I’ve never met the man, or anyone who represents, or is acquainted with him, or even his relations and political affiliates – and if we stopped trying to kill them off for being old.”

Tinubu is one of the frontline presidential aspirant under the ruling party, the All Progressives Congress (APC). He is a former governor of Lagos State.