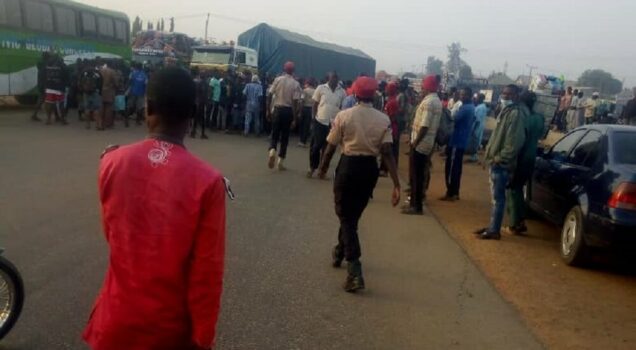 Bello gave the order through the State Security Adviser, Commander Jerry Omodara in Lokoja on Tuesday.

Tanker drivers blocked the highway on Monday night following the alleged death of one of their colleagues who refused to stop for a check at a military point around Jamata, close to Murtala Mohammed bridge.

Sources claimed that the tanker driver refused to stop when flagged down at the military checkpoint and was chased by the security personnel.

The driver was said to have stopped his vehicle on noticing that he was being chased, attempted to run into the bush, but fell into a ditch and was seriously injured.

He was rushed to the hospital for medical attention but later died.

The governor expressed sadness over the death of the driver, but condemned the action of the tanker drivers’ union, saying there were better ways of channeling their grievances.

He said the Lokoja-Abuja highway is a critical road and its continued blockade was detrimental to businesses and to the lives of the people.

“The Guards Commander and his men are already on their way to ensure fruitful dialogue with the aggrieved tanker drivers for the possible reopening of the highway.

“This blockade has affected businesses of Nigerians and might endanger some people with critical health issues. Imagine if an expectant mother falls into labour in the resultant gridlock.

“Blocking the highway is not the best way to handle issues.

“Where you are aggrieved in one way or the other, you must look at what the provisions of the law say so that you don’t take the law into your hands,’’ he said.

The governor also advised security agents to always exercise caution in handling issues in order not to create a crisis.