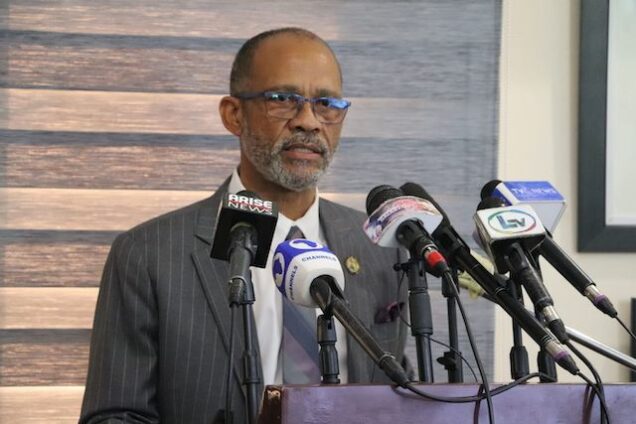 The board began the seal-up with traditional birth attendants, faith-based healers and bonesetters.

The exercise which was carried out in collaboration with the Lagos Neighbourhood Safety Corps, affected the premises of seven practitioners, in Mushin, Somolu and Bariga environs.

Speaking during the exercise, the Registrar of the Board, Mr. Olorunkemi Olawale Kadiku explained that the exercise was long overdue following the March expiration deadline earlier given to the practitioners to register with the State Government.

He said the exercise was in line with the directive of the National Council of Health.

He said the body was not being taken seriously by affected persons, adding that the affected practitioners had already been issued abatement notices.

Kadiku added that practitioners whose premises were sealed-up had been operating their facilities without approval and license to practice in the State, despite several pleas from the State Government to them.

According to Kadiku, Faith-Based Healers under which Pentecostal Churches operate also have to register, “so far they have Birth Attendant facilities”, adding that all practices relating to traditional medicine, birth attendants, faith-based healing, bone setting and the like, have to be done within the ambience of the law of the State, as recommended by the National Body on Health.

At another location in Mushin, the Registrar said a situation where practitioners operate in a dirty environment and willingly test the patience and magnanimity of government by flagrantly contravening the law would no longer be tolerated, assuring that the agency would do all possible within the law to sanitize the practice of traditional medicine in the State.

One of the birth attendants who has refused to register, in spite of series of warnings and abatement notices, was handed over to the police at the Nigeria Police, Area D Command, Mushin, for prosecution, to serve as a deterrent to others.