No cause for alarm: We're ahead of PDP, others - Osinbajo 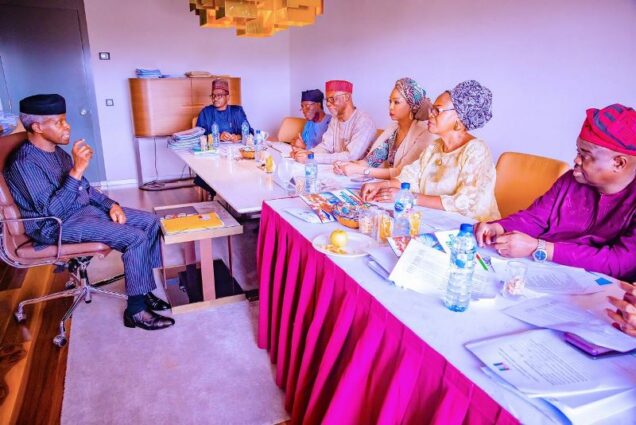 Vice President Yemi Osinbajo on Monday said the All Progressives Congress (APC) is ahead of the PDP and other political parties vying for the 2023 presidency.

Osinbajo spoke after being screened by the Chief John Odigie-Oyegun-led APC 2023 seven-man presidential screening committee which began on Monday at the Transcorp Hilton Hotel, Abuja.

He said he discussed several issues relating to national and party concerns and that the screening went well.

In his words: “We were able to discuss several issues; issues of national and party concerns; and it went very well indeed; we had a very good chat.

“Of course, we are ahead of any party; way ahead, APC is ahead.”