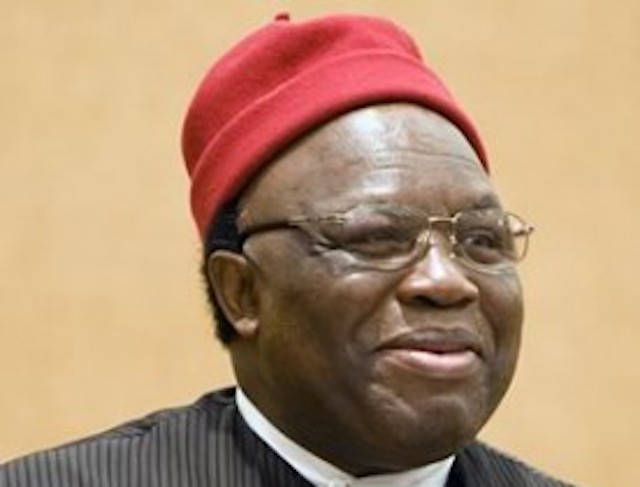 Ohanaeze Ndigbo has denied threatening to work against the Peoples Democratic Party (PDP) and its presidential candidate, Atiku Abubakar, in the 2023 election.

The group was reacting to a press release on Sunday by Mazi Okechukwu Isiguzoro, who claims to be the secretary of Ohanaeze Ndigbo Worldwide.

He noted that the PDP had been reduced to a Northern party and lamented that the Igbo were schemed out of PDP presidential primaries.

“It’s amusing that PDP is now a Political party for the Northern region, with Dr. Iyorchia Ayu as PDP chair, Walid Jubril as BOT Chair and Atiku Abubakar as 2023 PDP Presidential candidate”.

Ohanaeze has now disowned the statement, hinting of a schism in the group.

Ohanaeze Ndigbo regretted that those who issued the “fake press release” have been leeching on their footprints to deceive the unsuspecting members of the public, noting that their activities have been the bane to Igbo cohesion.

“For the avoidance of doubt, Ohanaeze Ndigbo, the apex Igbo socio-cultural body, led by Ambassador Professor George Obiozor has not issued any press statement on the candidacy of Alhaji Atiku Abubakar,” Mr Ogbonnia said.

“Ohanaeze awaits with keen interest, the full outcome of the ongoing primaries by all the political parties before it can issue a press release with respect to the Igbo position on the 2023 general election,” he added.

The Ohanaeze spokesperson asked the public to disregard any statement which did not come from the group’s Secretary General, Okey Emuchay.