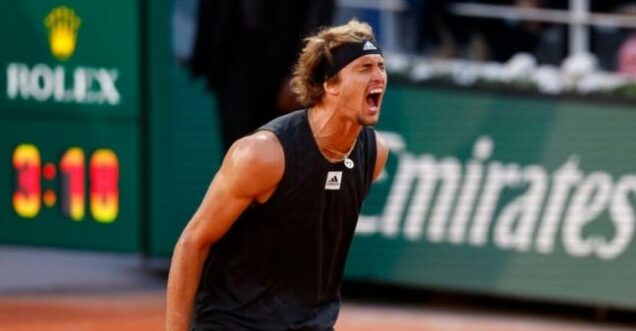 This was the first time the 25-year-old Zverev defeated a top-10 opponent at a Grand Slam in 12 attempts and his victory came against a player who came into the contest having won 14 consecutive matches.

Zverev, who lost to Stefanos Tsitsipas in the 2021 semi-final, had a 2-1 head-to-head lead against Alcaraz.

But his opponent had won their most recent meeting — the only one on clay — this month in the final of the ATP Masters in Madrid.

Alcaraz made 56 unforced errors as Zverev saved a set point in the fourth set tiebreak before converting his second matchpoint with a superb backhand service return.

The victory has set him up against either world number one Novak Djokovic or 13-time French Open champion Rafa Nadal.