We will reserve 40 percent of positions for women, youths: Ajadi promises 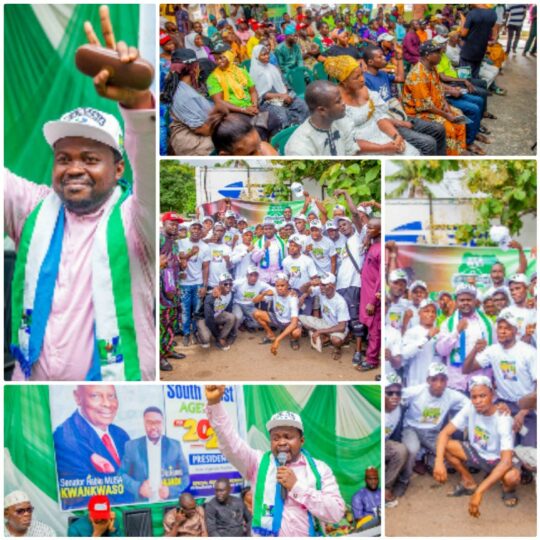 He urged them specifically to support only sincere political parties that can guarantee them appointments and positions when it comes to power.

Ajadi gave the admonition in a release signed by his consultant, Media and Strategy, Mr. Cami Ezenwa.

He said the time had come for Nigerian youths and women who constitute a sizeable number of the population, and the voting public to be wise about what political stands they take.

He said given what had been happening, the time had come for youths and women to exercise the power in their franchise by voting only for the political parties that had their interests at heart.

He said such political parties must be ready to reserve a percentage positions for them once they come to power.

He said as a politician, that he would reserve about 40 % percent of the positions in his government for the women and youths, saying the decision was informed by his appreciation of the important role that these two categories of Nigerians play in development.

He made reference to the last #EndSARS campaign saying the huge success associated with the protest was clear proof of the power of youths when properly harnessed.

Similarly, he said population censuses over time, as well as different researches, had shown that women and youths constituted the majority in the country, adding that they should be well taken care of by any serious government.

Observing that this was not currently the case in Nigeria, he promised to change the narrative once he came to power.

He bemoaned a situation whereby very old and tired hands were being recycled for positions and offices whereas, youthful and feminine vibrancy were richly available to make all the difference.

“If you look around, you will find very capable women and youths in our land, why then are we not giving them the chance to contribute their quota to national development?

“For me as a politician, that is one thing that I will push. By this, I mean ensuring up to 30 % affirmation for women and youths, that is one way of showing them that they matter and that we value their endowments”.

Ajadi cited the example of a number of corporate organizations with youthful and feminine chief executives in charge, saying the country’s leadership needed to borrow such a leaf.

According to him, it was this realization of the critical importance of these two segments of society that informed the development of a number of youth and women supportive programs and policies which would begin to be implemented upon his assuming office.

“All I can say now is to encourage our women and the youths to stay with the NNPP.

“We appreciate their importance and have reserved positions for them, as much as 30% and more immediately we come to power,” he promised.