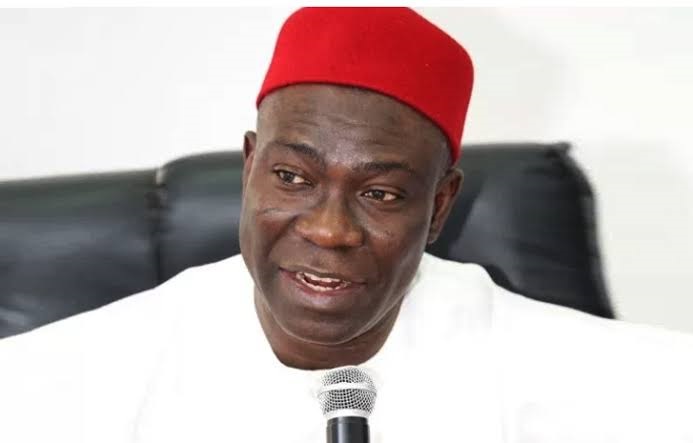 The former Deputy Senate President, Chief Ike Ekweremadu, has formally announced his withdrawal from the 2023 gubernatorial election in Enugu State with promise that he would join the campaign team of winner of Peoples Democratic Party, PDP ticket, Peter Mba.

Ekweremadu, who represents Enugu West Senatorial Zone, disclosed this in a statement issued in Enugu on Thursday.

He stated that the decision followed wide consultations and in a bid not to jeopardise the peace and security in the state.

He stated that he had consulted with the elders of the party and other Nigerians and had “painstaking introspection on his contributions to the development of the PDP”.

He explained that he would not want to put anybody in harms way by “a foreseeable combustive political environment”.

According to him, my ambition is not worth the life of any Enugu son or daughter.

Ekwerenmadu had earlier withdrawn from the party’s gubernatorial primary election, which produced Mr Peter Mba as the party’s flag bearer on May 25.

He stated that he had received assurances from Mba that everybody would participate in his campaign team.

He said that the PDP gubernatorial candidate also promised to integrate his (Ekweremadu) “Pathway to a new Enugu State” in his programme.

“It is time to unite. I congratulate Mba and wish him success,” the lawmaker stated.