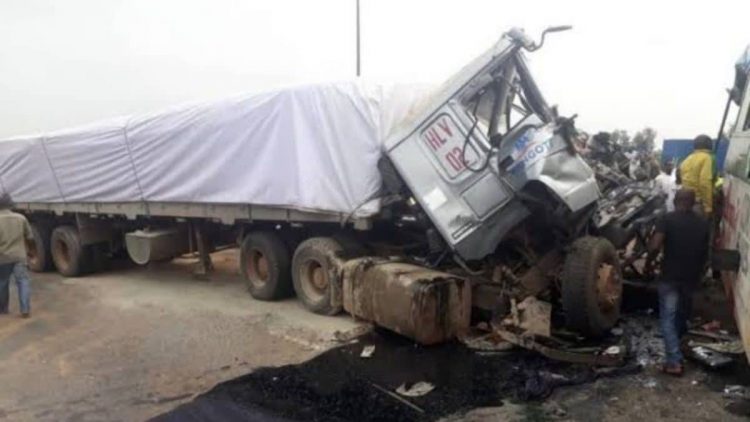 A yet to be identified driver away after his truck hit a commercial motorcycle killing its passenger, a 15-year-old secondary school student on the Zango-Lokoja road, Kogi on Thursday morning.

Eyewitnesses at the scene of the accident told the News Agency of Nigeria (NAN) that two other persons sustained injuries in the accident which occurred at 8.00a.m.

An eyewitness, Mr Mike Adejoh said that immediately the tragedy occurred, the driver of the truck fled the scene and abandoned those injured to be evacuated to the hospital by the police and goodwill Nigerians.

According to him, the FRSC officials later took the remains of the accident victim to a mortuary.

He said that following the death of the student, a mob gathered and attempted to burn the truck, but for the quick intervention of security operatives.

“Immediately the driver realised what he did, he dropped down and took to his heels,” Adejoh said.

When contacted, the Kogi Police Command’s spokesman, SP William Ovye-Aya, confirmed the incident and said that investigation into the cause of the accident had commenced.

Also, the FRSC Sector Commander, Mr Stephen Dawulung, confirmed the incident and said his men had deposited the corpse at the Federal Medical Centre’s mortuary.
(NAN)