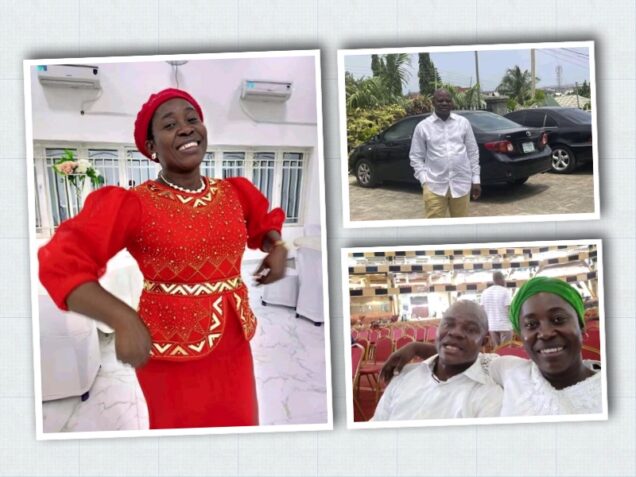 Justice Ngozi Nwosu-Iheme of the Federal High Court in Abuja has ordered the remand of Peter Nwachukwu, the husband to the late gospel singer Osinachi, in a correctional centre in Kuje.

The judge gave the order on Friday after Nwachukwu pleaded not guilty to the 23-count charge, bordering on domestic violence and homicide, among others.

She ordered that Nwachukwu be remanded in the facility until the conclusion of his trial.

The judge also granted an accelerated hearing and adjourned till June 16 at 12 noon for the commencement of trial.

The Attorney-General of the Federation had filed 23-count charges against Nwachukwu over his alleged role in the death of his wife.

He was charged under sections 104 and 379 of the Administration of Criminal Justice Act, 2015 and culpable homicide contrary to section 221 of the Penal Code which is punishable with death.

The case with charge number, CR/199/2022, was filed at the High Court of the Federal Capital Territory, Abuja, on May 20, 2022, by the Head, Sexual and Gender-Based Violence, Department of Public Prosecutions of the Federation, Ministry of Justice, Mrs Yewande Gbola-Awopetun.

The prosecutor accused the defendant of forcefully ejecting the deceased from the family home, contrary to the VAP Act, adding that he also attempted culpable homicide by pushing Osinachi out of a moving vehicle.

The Federal Government further alleged that the defendant deprived the deceased of her personal liberty by restraining her movement and locking her up in the house.

Nwachukwu was equally accused of emotional, verbal and psychological abuse contrary to section 14(1) of the VAP Act, 2015.

The defendant was said to have denied Osinachi access to her money for medication and household necessities and forced her into begging and borrowing.

The charge further alleges that Osinachi’s husband forcefully isolated and separated her from her family by preventing the deceased’s mother and siblings from visiting her matrimonial home.

Nwachukwu was similarly accused of cruelly beating the children and recording their cry and playing it on his phone, noting that he threatened the children and prevented them from reporting the acts of domestic violence against their mother to his pastor, Dr Paul Enenche or any other person.

One of the counts reads, “That you Peter Nwachukwu, 56, male, on the 8th of April, 2022 at Aco Estate, opposite police station, Lugbe, Abuja, FCT, within the jurisdiction of this honourable court, did commit an offence to with: culpable homicide punishable with death in that you caused the death of Mrs Osinachi Nwachukwu by your various acts of violence and aggravated assault with the knowledge that her death would be the probable consequence of your acts.”

Another count reads, “Statement of offence: Emotional, verbal and psychological abuse contrary to section 14(1) of the Violence Against Persons (Prohibition) Act, 2015 and punishable under the same section of the Act.

“Particular of offence: That you, Peter Nwachukwu, male, sometime between 14th November 2009 and April 2022 at Aco Estate, opposite police station, Lugbe, Abuja, FCT, within the jurisdiction of this honourable court, did commit an offence to wit: emotional, verbal and psychological abuse on Mrs Osinachi Nwachukwu (deceased) by humiliating her and making utterances like ‘you are smelling,’ ‘you are mad,’ to her in the presence of her music crew members.”

Osinachi who came into the limelight with the song, “Ekwueme”, which she sang alongside Prospa Ochimana, died on Friday, April 8 in an Abuja hospital.

It was not immediately clear what the cause of her death was, however, an autopsy was carried out by the FCT Police Command and the result was forwarded to the Director of Public Prosecution for vetting and possible prosecution.

The police also did not give details of the autopsy, but there have been several allegations by family members of the deceased, including her children and other close associates, suggesting that the gospel singer had lived under the torture of her husband during their years of marriage.

This sparked public outcry and national discourse on gender violence, with the police arresting Peter Nwachukwu, the alleged wife beater, with deeper investigations being conducted.