I will not step down from presidential race - Gov. Fayemi 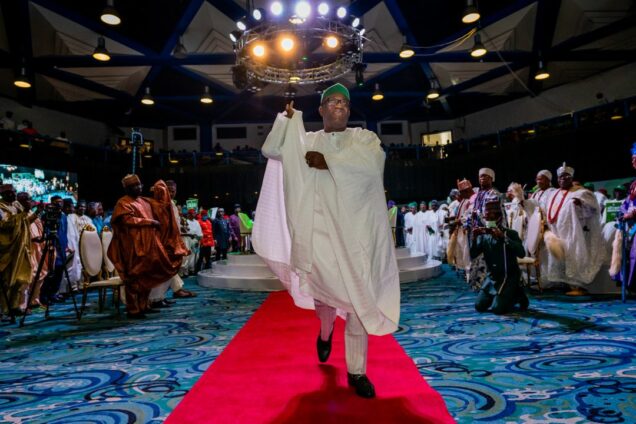 Gov. Kayode Fayemi of Ekiti, one of the presidential aspirants on the platform of the All Progressives Congress (APC), said he is not stepping down from the race.

Fayemi made this known via a statement issued in Abuja on Friday by the Director-General of Fayemi Presidential Campaign Organisation, Mr. Femi Ige.

The statement debunked a report that the Ekiti governor might be asked to step down for another aspirant.

The statement disclosed that an online medium reported that Fayemi and four other governors held a meeting with Vice-President Yemi Osinbajo, where he was pressured to abandon his presidential ambition.

Ige described the report as absolutely fake, stating that no meeting took place between Fayemi and any aspirant about stepping down.

“Fayemi is undoubtedly one of the leading aspirants for the position and one to watch out for in the race.

“He has deep trust and respect among political leaders in the party and also from colleague governors who form a critical mass in the decision-making process of the party,’’ Ige added.

He stated also that Fayemi is favorably positioned and has the backing of critical APC stakeholders ahead of its presidential primary election.

Ige expressed optimism that with the backing Fayemi has, he would clinch the party’s 2023 presidential ticket at the primary election slated for June 6 to June 8.

He called on Fayemi’s supporters to remain calm, focused, and not to lose faith, “because of the lies fabricated by political detractors’’.

“No amount of late-night de-marketing will work against the Kayode Fayemi presidential project,’’ he added.

More than 20 presidential aspirants will be contesting for the APC’s ticket at its presidential primary election.

They include Sen. Bola Ahmed Tinubu, a former governor of Lagos State and national leader of the party, Vice-President Yemi Osinbajo, Mr Rotimi Amaechi, who until recently was, the Minister of Transportation.

Others are former Zamfara governor, Sen. Ahmed Yerima, Pastor Nicholas Nwagbo, and former Speaker of the House of Representatives, Mr Dimeji Bankole and the only female contender, Mrs Uju Kennedy-Ohnenye.