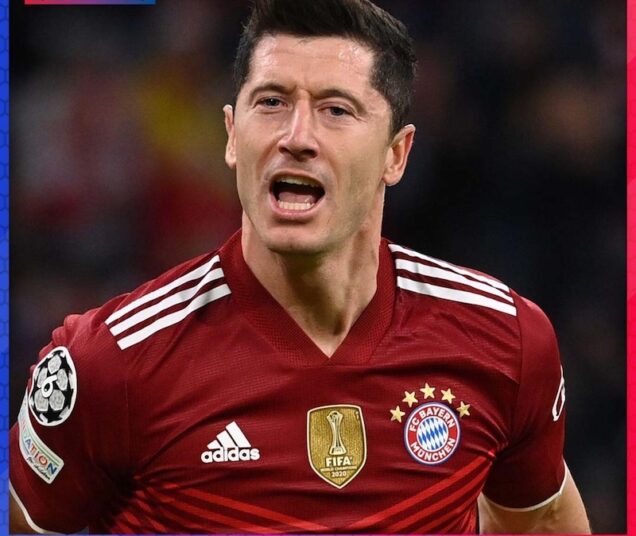 Romeu also hinted star talents such as Frenkie de Jong could be allowed to leave if their departures would allow Barca to strengthen Xavi’s squad.

Barca have been strongly linked with a move for Lewandowski who, amid a contract dispute with the Bundesliga champions, declared on Monday: “My story at Bayern is over”.

But Barca’s attempts to sign the Poland international, who scored 50 goals in 46 appearances for Bayern Munich in the 2021/2022 season, were left in doubt earlier this week.

That was when LaLiga president Javier Tebas said the Blaugrana must sell star players to fund such a move.

Blaugrana president Joan Laporta, in a message shared by the club’s social media accounts, responded by hitting out at Tebas for “wanting to harm Barca’s interests”.

Romeu, though, acknowledges the need to raise funds to fund the high-profile signing.

This is happening almost a year on from Barca losing club legend Lionel Messi after struggling to meet LaLiga’s salary limits.

“Currently the norm is one to three for financial fair play,” he said.

“If we are able to get three times more than the cost of the transfer plus amortisation, he can be signed. But first we have to do the job of closing levers.

“If we don’t do it, as we are at the moment, by regulation it is not possible to sign him.”

Romeu then revealed Barca are to begin talks with players over salary cuts, as they look to trim a bloated wage bill to make room for new arrivals.

“Negotiations with the squad will be individual. With the veterans, it will depend on the technical interests and where there is more interest for the club.

“The most expensive contracts have to be negotiated beforehand.”

FC Barcelona’s continued need to balance the books has led to rumours De Jong could be sold.

The Dutch international is linked with a reunion with his former Ajax boss Erik ten Hag at Manchester United, and Romeu did not rule out a sale of the talented midfielder.

“It is the players’ own decision. The players have some agreements that someone has signed for them,” he added.

“They haven’t committed any sin, (but) we can’t afford certain situations. But we have to make an assessment.

“They haven’t cheated anyone and Barca have respected their agreements. Another thing is that we have to negotiate with them.

“Right now, we don’t have a budget for the sale of players. What is being talked about is a technical issue.

“About Frenkie de Jong, one thing is that you get money, and another that you [can] use [it] for other payments.”

Romeu also followed Laporta’s lead in hitting out at Tebas.

He insisted he (Tebas) was partially responsible for the financial crisis that engulfed FC Barcelona during Josep Maria Bartomeu’s tenure as president due to his leniency with the previous Blaugrana regime.

“The situation Barca has is its own fault, but this man [Tebas] is co-responsible for Barca’s situation,” Romeu claimed.

“He has looked the other way and has allowed the current situation. He said `amen’ to everything, against the interests of Barca.”(dpa/NAN)