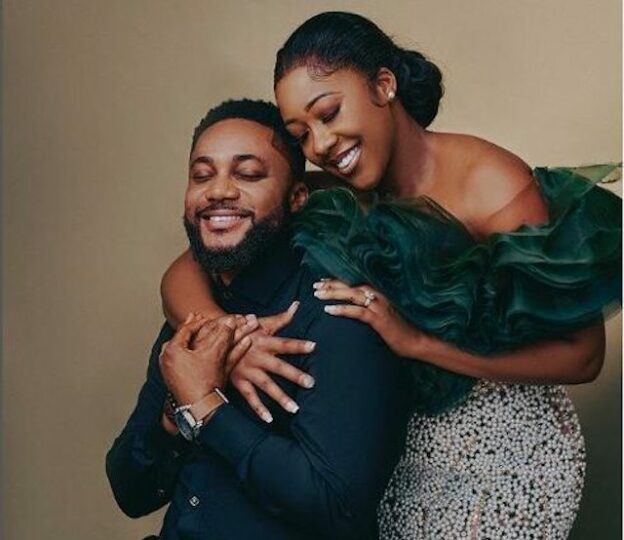 Popular Nigerian gospel singer, Tim Godfrey and his wife, Erica have traditionally tied the knot at a beautiful ceremony.

The worship leader and his bride, Erica Jones on Saturday, April 23rd 2022, held their white wedding at a ceremony held in Culpeper, VA, United States.

The excited groom took to social media to announce that he had traditionally married his wife in Nigeria on Friday.

He also announced that his friend and music colleague, Timi Dakolo serenaded them with his beautiful songs during the ceremony.

Sharing a clip from their couple’s dance, he wrote: “@ericakatrinagodfrey I promise to love you forever and for always!❤️❤️❤️

Traditionally Tied the Not with my BestFriend Tonight and The Chorus Leader, @timidakolo came through for us❤️”

The father-of-one in February announced his engagement to Erica.

He took to the gram to excitedly share a picture of her flaunting his ring on her finger.

He announced that he proposed to her on Feb 14, 2022, and she accepted his proposal.